Amid Washington’s ongoing trade dispute with Beijing, a Wednesday press release from the US Department of Commerce’s Bureau of Economic Analysis revealed the nation’s trade deficit swelled to a $621 billion high in 2018 under President Donald Trump. 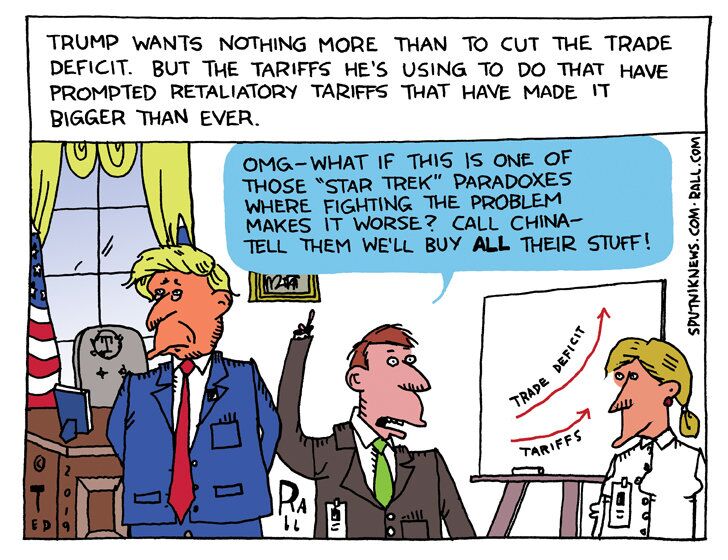 It may be time for "Tariff Man" to go into hiding for a while after learning the US trade deficit increased from $552.3 billion in 2017 to $621 billion last year.

This new data comes shortly after Trump's February 25 announcement delaying the 10 to 25 percent increase in tariffs on billions of dollars in Chinese imports. Though the US-China 90-day truce agreed upon at the G-20 summit had expired, Trump's tweet insisted a summit between nations' two leaders is in the works.