Campaign Promises: Nothing But a Hill of Beans?

Soybean prices have declined by 19 percent since the day US President Donald Trump took office, and American farmers in 2018 went bankrupt twice as fast as they did in 2008, at the height of the global financial crisis. 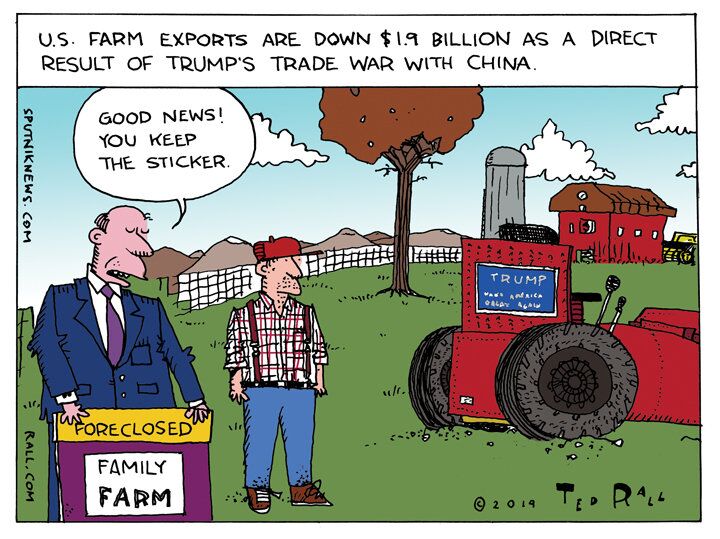 Despite Trump's promises as recently as January that a "great harvest" is coming, farmers have suffered as the White House butts heads with China over trade. Most recently, a top official at the US Department of Agriculture announced that the value of US farm exports is expected to plunge by $1.8 billion in fiscal 2019 thanks to the trade war with China.

"Under the trade dispute, exports to China alone have plummeted by 22 million tons, or over 90 percent," Robert Johansson, the chief economist at the USDA, said at the USDA's annual forum in Washington, DC.

Much of the drop is related to a loss of soybean sales to China. In fact, US soybean exports to China have decreased by 98 percent this year, according to Yahoo Finance, as China has started importing the crop from Brazil amid the trade war. Soybeans were the US' top agricultural export to China last year.