Below the Belt Blackmail 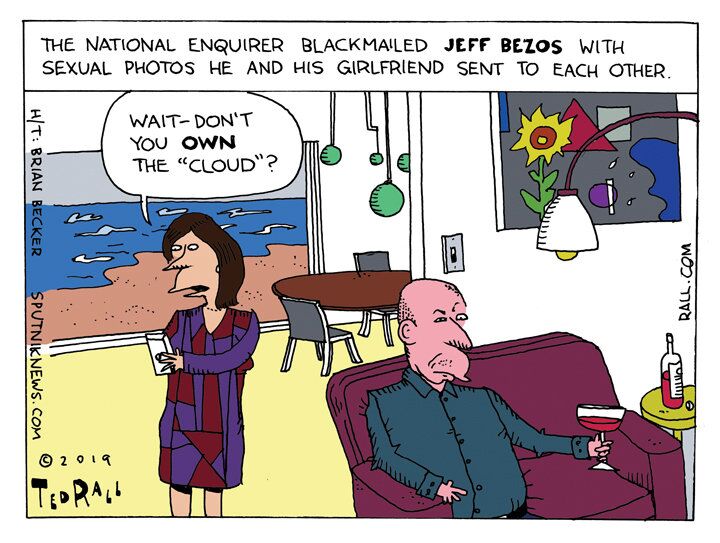 From genitals to a boardroom headshot, a number of photos exchanged between Bezos and mistress Lauren Sanchez were somehow obtained by the National Enquirer shortly after the billionaire announced his impending divorce last month, according to an email sent to Bezos by AMI's Dylan Howard.

"It's unavoidable that certain powerful people who experience Washington Post news coverage will wrongly conclude I am their enemy," Bezos' post reads. "President Trump is one of those people, obvious by his many tweets."

Friday, the US attorney's office announced its intent to "promptly and thoroughly investigate the claims" made by Bezos and his security adviser.