Saturday, February 2, Secretary of State Mike Pompeo announced the US’ suspension of its obligations under the 1987 Intermediate-Range Nuclear Forces (INF) Treaty and also accused Russia of having not taken the steps necessary to return to “verifiable compliance.” 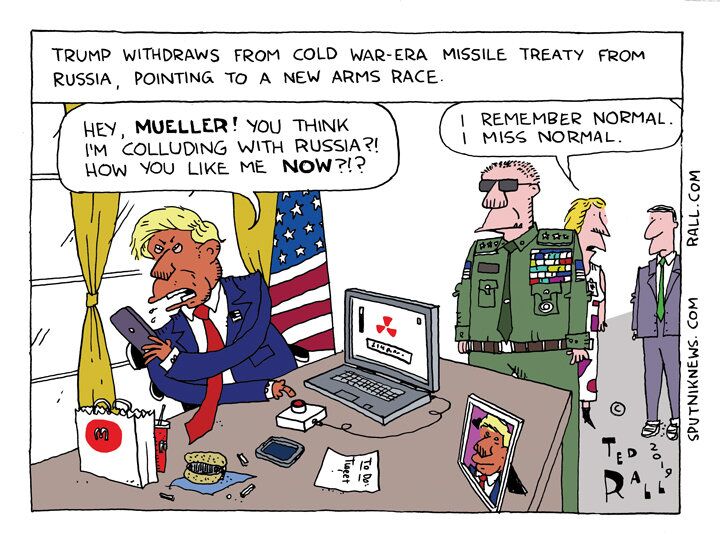 Pompeo took to Twitter Saturday to announce the "consequences" Russia will face from NATO allies for breaching the INF Treaty. Labeling Russia's 9M729 a "noncompliant missile system," the Department of State release accuses Moscow of breaching obligations laid out in the 1987 treaty.

"We will proceed as follows. Our response will be reciprocal. US partners have announced that they were suspending their participation in the [INF] Treaty, and we are suspending it as well," Russian President Vladimir Putin said in a Saturday meeting with Russian Foreign Minister Sergei Lavrov and Defence Minister Sergei Shoigu.

Before the presidential announcement, Russian Foreign Ministry spokeswoman Maria Zakharova noted Friday that the US had failed to provide evidence to back up its allegations of Russian violations "apart from tweets."

Despite Washington's withdrawal, one senior US official tells Sputnik the six-month "process of withdrawing from the INF Treaty," as mentioned in the February 1 White House press release, is Russia's "final chance" to achieve compliance with the agreement.