A study on the recent spread of misinformation from personal social media accounts found that those aged 65 and up were responsible for the majority of fake news content shared on Facebook leading up to the 2016 presidential election. 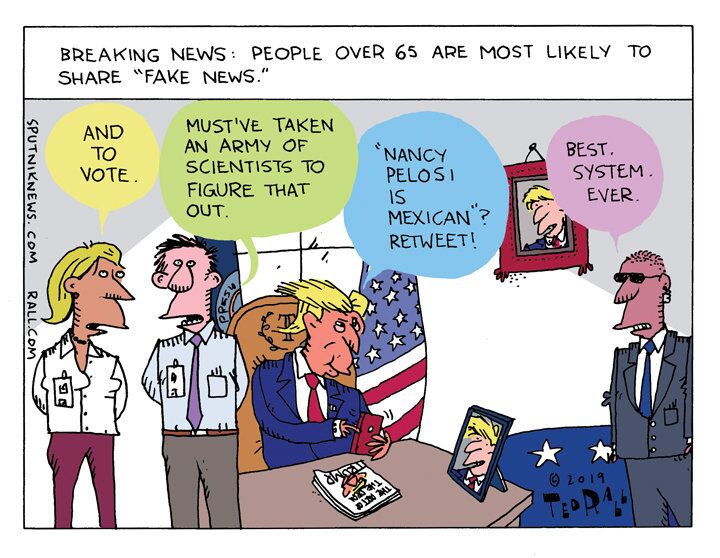 While grandparents used to lecture on how screen will damage your eyes, an increased number of elderly Americans are now attempting to use everything from wearable technology to voice assistants to keep in touch with their loved ones. Though the popularity of such devices has risen, technological literacy is not following the same trend.

That said, some Americans may want to consider paying a visit to their elderly relatives after a roughly 1,300-respondent study led by Princeton University's Andrew Guess revealed individuals over 65 shared "fake news" at seven times the rate of the youngest age group surveyed.

Overall, 8.5 percent of the total respondents were found to have spread misinformation via articles that linked Facebook friends to outlets deemed "fake news" websites by the research team and other academics.

"Republicans in our sample shared more stories from fake news domains than Democrats; moreover, self-described independents on average shared roughly as many as Republicans," noted Guess, who added that there was a "pro-Trump slant" for most of the sites labeled "fake news."