Who Wants a Job? Anyone … Mueller?

US President Donald Trump announced Wednesday that he’d reveal his pick to replace outgoing Chief of Staff John Kelly within the next two weeks, but with the Mueller investigation probing and prosecuting individuals closest to Trump, filling the position may be tougher than imagined. 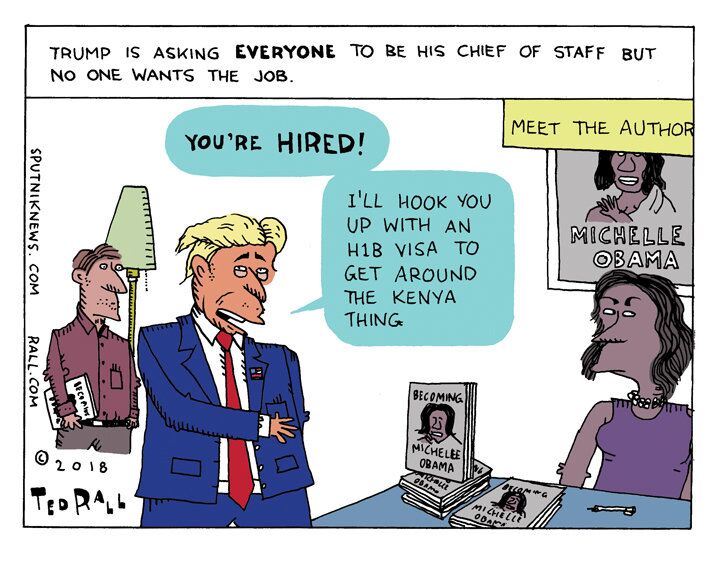 With a number of resignations and terminations plaguing the Trump administration, the man who hires "only the best" finds himself back at the drawing board in hiring a new chief of staff this time around.

This comes after the US president's announcement last week that current White House Chief of Staff John Kelly would be stepping down from his position by the end of 2018. Additionally, the outgoing official was also revealed as having been questioned by Special Counsel Robert Mueller's team in the ongoing probe.

While Nick Ayers, the 36-year-old political consultant and chief of staff under Vice President Mike Pence, would have appeared to be quite the change from Kelly, whose military mindset has been questioned when it comes to politics, Ayers announced on December 9 he'd also be out at the year's end.

It's safe to say 45 is finding this not as simple as a casting call for "The Apprentice."