A Tuesday NBC report claims the Department of Homeland Security (DHS) is using not only intelligence taken from US officials working with Mexican authorities to track the notorious migrant caravan, but also information obtained from migrant organizing groups on WhatsApp. 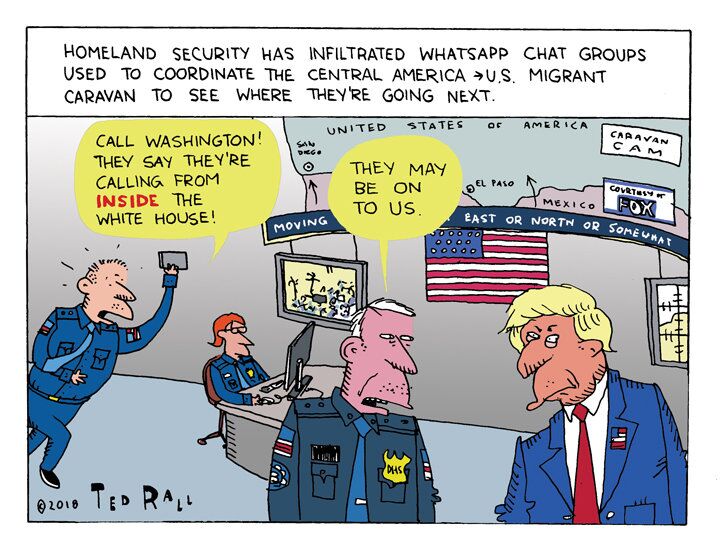 While mainstream news stories surrounding the caravan have drastically declined since the US midterm election, the DHS is reportedly not letting the slump in coverage halt their efforts in tracking the caravan.

According to the NBC report, two DHS officials revealed the messaging application WhatsApp is one of the primary platforms used by the 4,000-migrant caravan heavily referenced by US President Donald Trump prior to November 6.

With a number of texting groups created on the migrants' journey to the California border, DHS personnel simply joined the groups to monitor messages and strategies the migrants may use.

The individuals within said groups, however, may already be on to the DHS. Intel gathered by officials this past Sunday led Customs and Border Protection to shut down every single northbound lane of the crossing near San Diego in anticipation for a swarm of migrants that never manifested.

Speaking to NBC, DHS spokeswoman Katie Waldman asserts it "would be malpractice for the United States to be ignorant about the migrants — including many criminals — attempting to enter our country. We have an obligation to ensure we know who is crossing our borders to protect against threats to the Homeland, and any indication to the contrary is misinformed."