A game of cat and mouse has begun in the White House after US Vice President Mike Pence, Secretary of State Mike Pompeo and over a dozen other Trump administration officials have denied taking part in the bombshell op-ed published Wednesday in the New York Times. 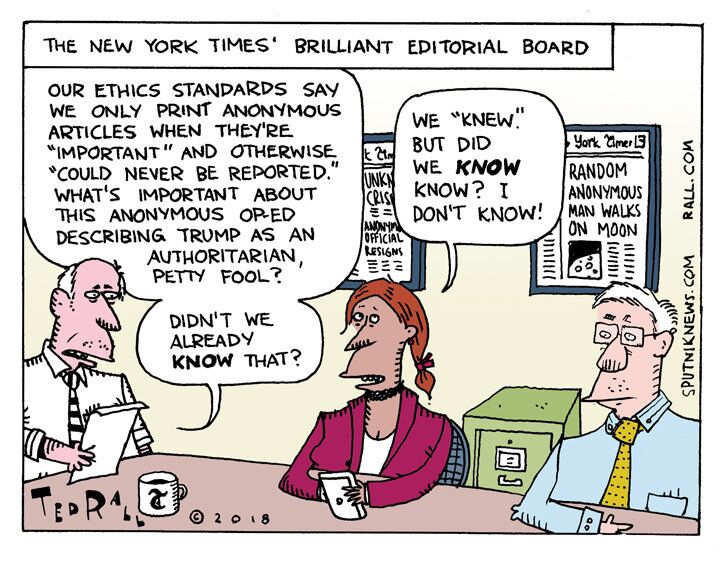 Not long after social media was overcome with "#OpEdGUESS" and other related hashtags, US President Donald Trump took time to denounce not only the anonymous author and the "Failing New York Times," but also other left-leaning outlets covering the alleged insider dirt.

According to the US president's Wednesday address, following his two terms in office (he assumes he'll win again in 2020), "the New York Times and CNN and all of these phony media outlets will be out of business… because there'll be nothing to write and nothing of interest."

As if Trump asserting news would cease to exist in a few years weren't cringeworthy enough, a slew of Trump officials and even FLOTUS Melania Trump herself decided to turn the administration into a game of Clue by each denying (in some way or another) accusations of authoring the op-ed.