‘You First!’ North Korea, US Balk at Talks

The abrupt Friday cancelation of US Secretary of State Mike Pompeo’s trip to North Korea came about in response to a North Korean letter saying the relationship between the two countries was “again at stake and may fall apart,” according to a report from the Washington Post Monday, citing two unnamed Trump administration officials. 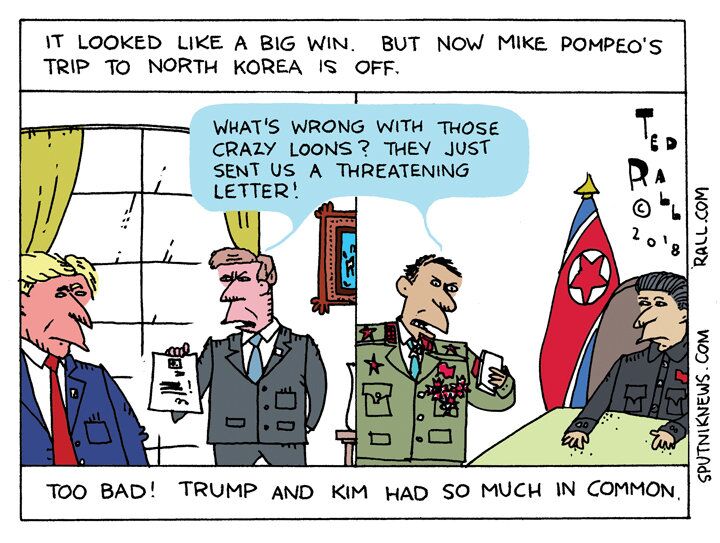 According to the Post's report, Sec. Pompeo was the recipient of a letter from Vice Chairman of the Korean Workers Party Central Committee Kim Yong Chol, which notified Washington that Pyongyang could not move forward with denuclearization talks.

"The US is still not ready to meet [North Korean] expectations in terms of taking a step forward to sign a peace treaty," the letter read, according to CNN reports.

Since the cancelation of Pompeo's visit, North Korean state newspaper Rodong Sinmun has accused Washington of "double dealing" and only wanting their side's conditions met before agreeing to progress in talks.

Others view actions of both nations as counterproductive.

"This whole thing about who goes first is silly. We want them to go first, they want us to go first, and somewhere in between we both go," said former North Korea nuclear negotiator for the US State Department Joel Wit to the Post.