Leadership Has Left The Building 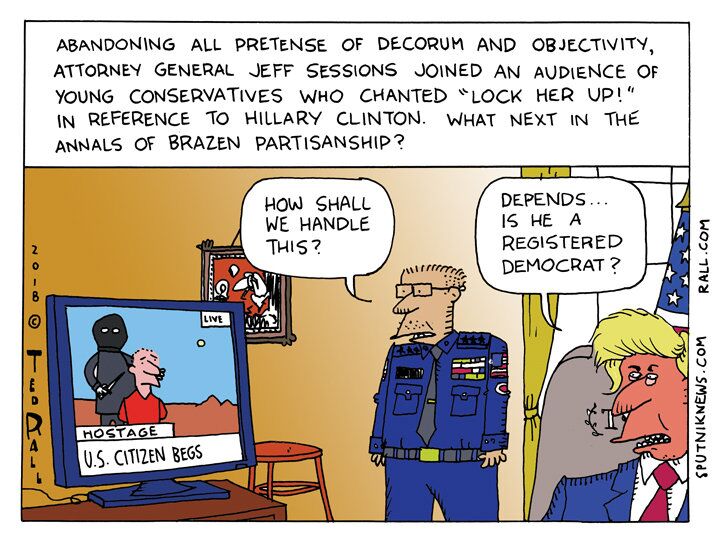 Sessions, the head of the US Department of Justice, was anything but civil during his remarks to some 700 conservative high school and college students Tuesday. The AG made clear the separation he saw between liberals and conservatives as he poked fun at "cry-ins" and therapy animals being utilized by "snowflake" colleges following Donald Trump's 2016 presidential election.

While Sessions definitely matched the energy of the audience and even repeated the famed "lock her up" chant that gained traction on the campaign trail against Clinton, some could classify his choice of topics as low hanging fruit — especially after UN envoy Nikki Haley's remarks, which were made on day one of the conference.

"Real leadership is about persuasion, it's about movement, it's bringing people around to your point of view — not by shouting them down, but by showing them how it is in their best interest to see things the way you do," she said.

Despite Sessions' unapologetic approach arguably being exactly what Haley described as unproductive, both officials received warm receptions from students in attendance (although, no chants broke out for Haley).