Within hours before his Wednesday meeting with NATO leaders in Brussels, Donald Trump revved up his anti-Europe rhetoric on both television and Twitter – prompting EU President Donald Tusk to have some words about America during the EU-NATO cooperation signing. 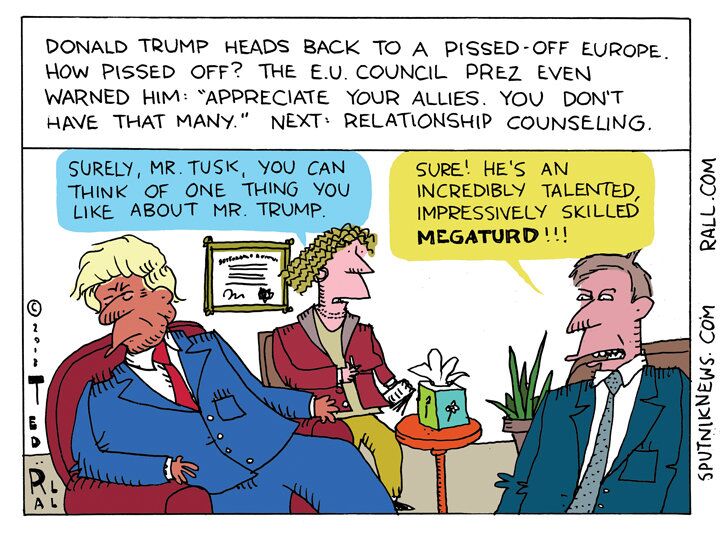 Setting the tone for Wednesday's NATO summit in Brussels, Trump took to Twitter Tuesday to voice his displeasure with the US having to foot the bill after NATO countries failed to meet their two percent GDP defense budget obligations. Stating the move was "not fair to the US taxpayer," the US President did not have to wait long to get some kind of response.

"Dear America, appreciate your allies. After all, you don't have that many. And dear Europe, spend more on your defense, because everybody expects an ally that is well-prepared and equipped."

Firing back before boarding his flight, the the US president remarked to reporters that his meeting with Putin "may be the easiest of all."

EU's Tusk to Trump: 'Please Respect Your Allies, You Don't Have That Many'