Check Your Freedoms With Your Baggage

Tuesday, in a 5-4 decision, the US Supreme Court moved to uphold the most recent iteration of US President Donald Trump’s travel ban. 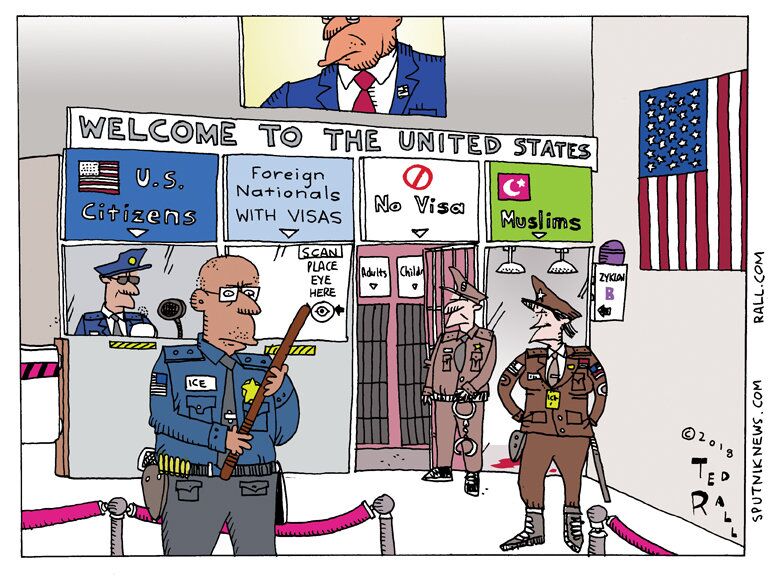 Delighted with the news, not only did Trump take to Twitter to express his surprise and joy, but the White House also issued a statement which expressed "vindication following months of hysterical commentary from the media and Democratic politicians who refuse to do what it takes to secure our border and our country."

Trump's latest travel ban notably includes both Venezuela and North Korea in addition to Iran, Libya, Somalia, Syria and Yemen, Muslim-majority nations that were included in past versions.

The US president's move to ban predominantly Muslim countries has come under fire for religious-based discrimination since the January 27, 2017 executive order. Though Chad, Iraq and Sudan have been removed in the process, many, including Supreme Court Justice Sonia Sotomayor, are not convinced that safety is the prime motivation

"But this repackaging does little to cleanse Presidential Proclamation No. 9645 of the appearance of discrimination that the President's words have created. Based on the evidence in the record, a reasonable observer would conclude that the Proclamation was motivated by anti-Muslim animus," the justice said in Section A of her dissent against the ruling.

SCOTUS Focuses on Letter of Law, Not Context, in Upholding Travel Ban

Ex-Spymaster Claims Pakistani Gov't Handed Bin Laden Over to US, Gets Travel Ban