Ingraham at it Again

Fox News’ Laura Ingraham is facing backlash once again after a “FAUX LIBERAL OUTRAGE” segment on her program compared the US’ child detention centers to “summer camps.” 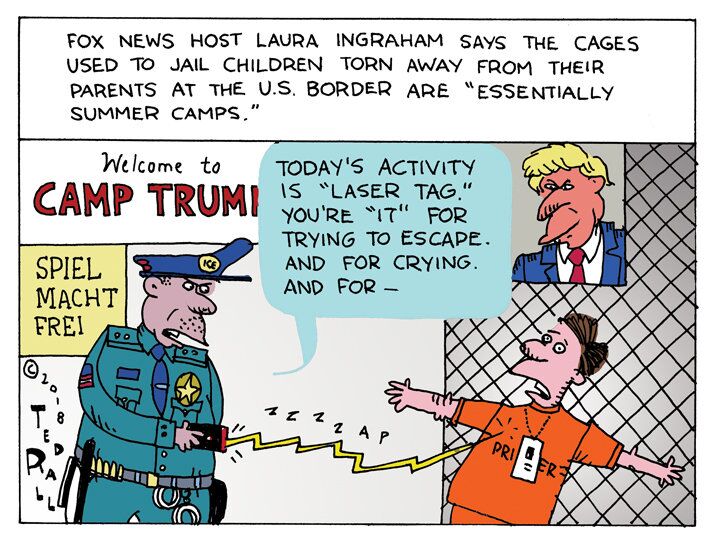 With the emergence of photos, video and audio recordings from US detention centers, many groups, from Amnesty International to the United Methodist Church, have condemned the Trump administration's recent "zero tolerance" immigration policy.

Though many see the policy as an issue of morality, some prefer to keep the focus on Democrats versus Republicans.

"More kids are being separated from their parents and temporarily housed in what are essentially summer camps," Ingraham said Monday, following a claim that liberals were turning "the entire image into a political weapon."

Despite the teleprompter being in clear view, even Ingraham had a Freudian slip, saying "cramp" before correcting herself. Considering the advertisers that pulled out following her comments about Parkland school shooting survivor David Hogg, it would appear the 55-year-old is using any "angle" she can think of to bring in ratings.