Former Trump campaign manager and unofficial anti-Hillary hypeman Paul Manafort had his bail revoked was forced to go to jail Friday following a federal court determination that he attempted to influence witnesses. 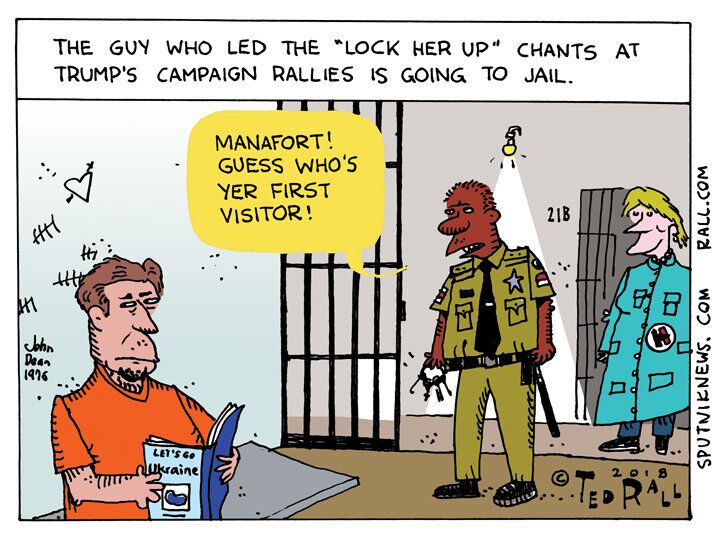 The once boisterous and bellowing leader of the "lock her up" chants on Trump's campaign trail has found himself in quite the predicament as he stands accused of attempting to influence two witnesses associated with special counsel Robert Mueller's investigation.

Upon hearing the "very unfair" news, US President Donald Trump, recently educated on the workings of the US justice system by Kim Kardashian West, decided to put his presidential thumbs to work and (kind of?) defend Manafort.

To be fair, Manafort's chants did refer to locking former presidential candidate Hillary Clinton up in federal prison. Manafort currently sits in jail as he awaits trial.

The 69-year-old currently stands accused of new charges via a recent superseding indictment by Mueller's team, tacked on to previous charges relating to conspiracy, money-laundering and failure to register as a foreign agent of the Ukrainian government.

Mueller Accuses Manafort of Attempting to Tamper With Witnesses - Reports