Before his working lunch with Japanese Prime Minister Shinzo Abe, US President Donald Trump told members of the press that his preparation for the June 12 summit with North Korean leader Kim Jong Un consists mostly of “attitude.” 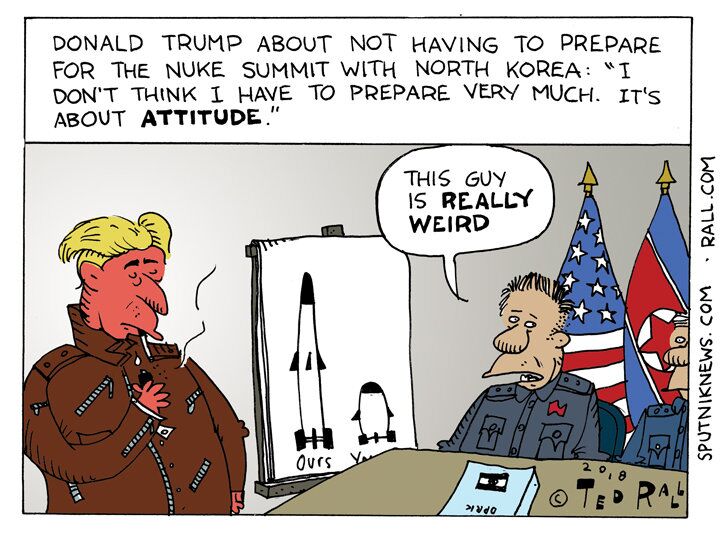 "It's all going along very fine, I hope it continues on this track. If it does, the world will be a very happy place," said the US president Thursday, with his Japanese counterpart nodding in agreement.

Though rhetoric has eased, flexing appears to remain a daily task for the US president as the days draw nearer to the historic Singapore summit between Trump and Kim.

"I hope the upcoming meeting… represents the beginning of a bright new future for North Korea," Trump stated, as if having good relations did not also benefit the US.

In an interesting reveal, Trump, before going on an aside about having the power to place more sanctions on Pyongyang, mentioned the possibility of inviting the North Korean leader to the US if the summit proves successful.