In a non-traditional change of pace, US President Donald Trump revoked a White House invitation extended to NFL Super Bowl champions the Philadelphia Eagles and restructured their celebration into a National Anthem awareness day. 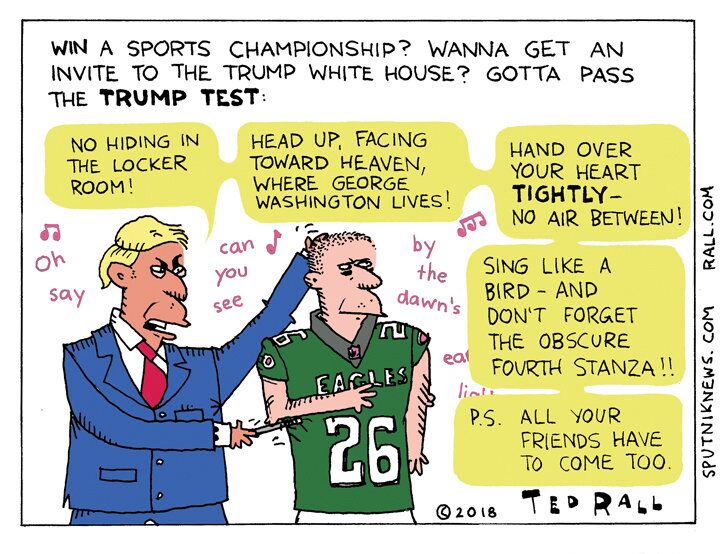 On Tuesday, Trump held a 1,000 person event honoring the US National Anthem and showcasing his own patriotism.

The makeshift ceremony came as a response to both the vocal and the silent Eagles players who declined the June 5 invitation. Already receiving low numbers from the New England Patriots and Golden State Warriors in previous sporting ceremonies, it would appear the Donald would rather place his bets for event success on the US military.

After singing along to the US Marine Band and US Honor Chorus' "Star Spangled Banner" and "God Bless America," the US president took time to "explain why young Americans stand for our national anthem."

Though Trump was tight-lipped about the Eagles during his address, he did accuse a wide range of players of abandoning NFL fans by not showing up and disrespecting fans by kneeling or "escaping to locker rooms."

Whatever the case may be, we all knew 45's stance on eagles based on his interactions with 27-year-old Uncle Sam.