Following his most recent pardon of conservative author and filmmaker Dinesh D’Souza, US President Donald Trump informed reporters aboard Air Force One Thursday that he is “seriously thinking” of exercising his power to benefit both lifestyle mogul Martha Stewart and former Illinois Governor Rod Blagojevich. 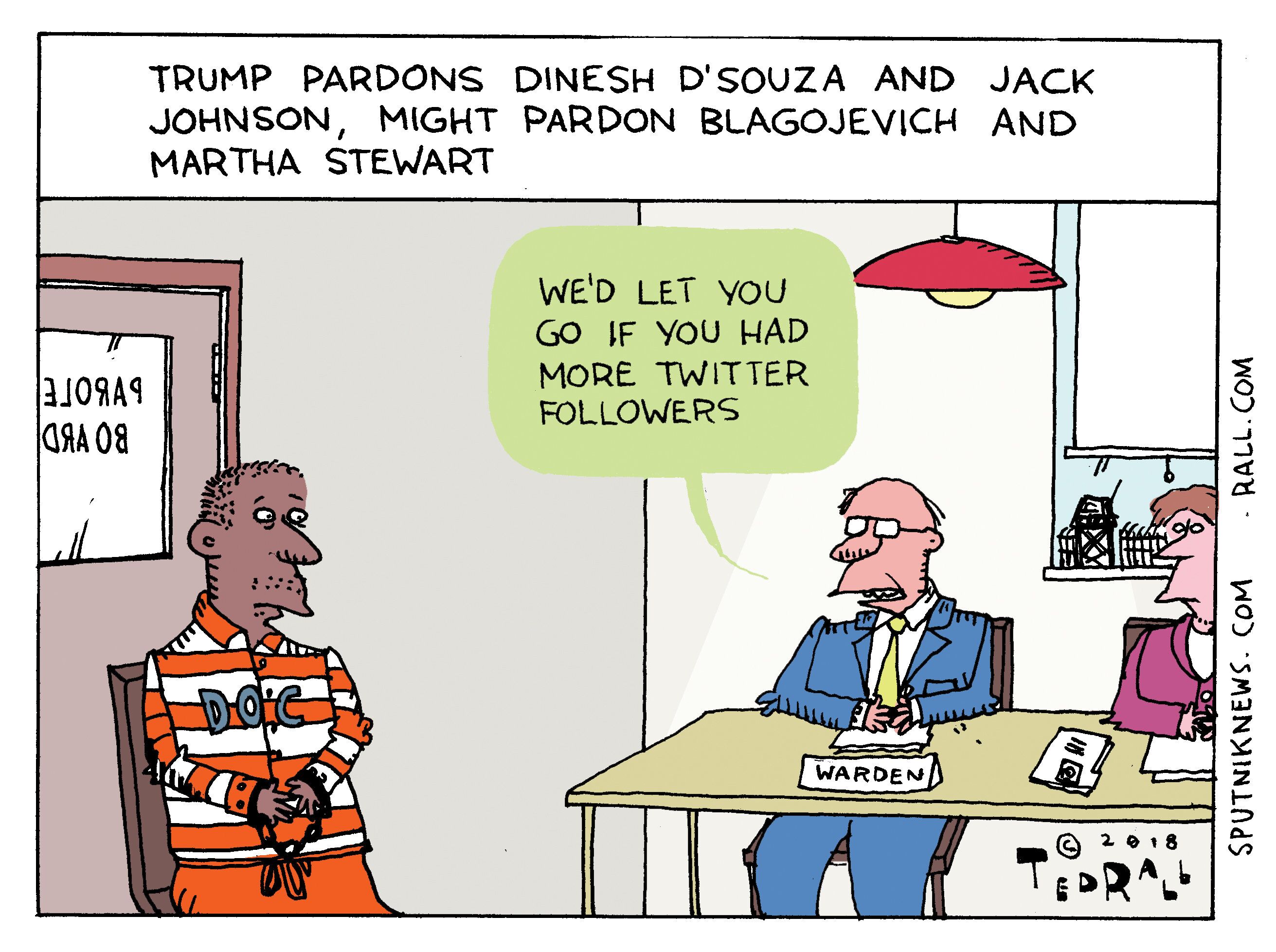 Critics believe the US president's motivation for pardoning these particular public figures is to send a message to the US Department of Justice and the FBI amid as Robert Mueller continues special counsel investigation.

Considering former FBI Director James Comey is tied to both Stewart and Blagojevich's past cases in some way, suspicions were raised even further when it became clear Trump knew little about the individuals he's thinking of pardoning.

"[Martha Stewart] used to be my biggest fan in the world… before I became a politician," claimed Trump on Thursday.

While the US president is correct about her not being a fan of his politics (as evidenced by her vocal support for Hillary Clinton in the 2016 presidential election), to claim that she was even a fan prior to 2016 appears to be a stretch, considering this 2007 video.

In the case of Blagojevich, Trump concocted his own facts related to the former governor in the same May 31 remarks. Possibly mixing up years with actual corruption charges, Trump added four years onto Blagojevich's actual 14-year sentence in saying "eighteen years is, I think, really unfair."

Either the US president is doing his former "Celebrity Apprentice" stars a solid, or there's something strange behind his pardon party.