Director Spike Lee minced no words during a news conference at the Cannes Film Festival when talking about US President Donald Trump’s response to the neo-Nazi “Unite the Right” rally last August and the violent clashes with anti-fascist protesters that left one woman dead. 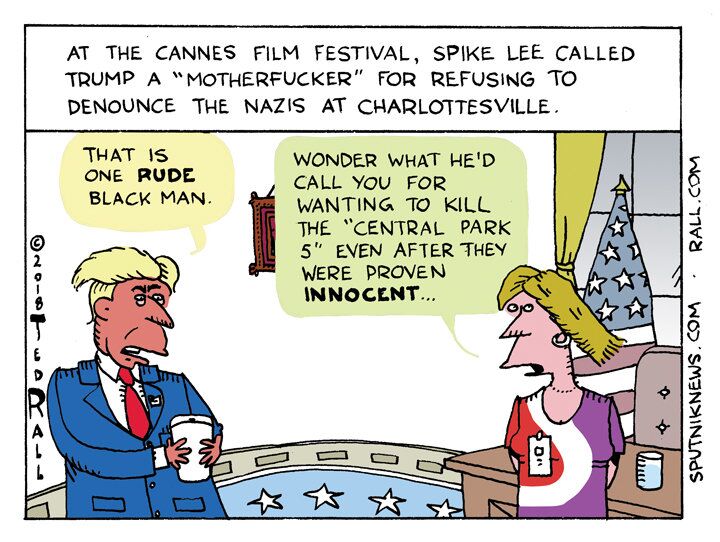 While promoting his latest film, "BlacKkKlansman," which is said to have received a 10-minute standing ovation during its Cannes debut, Lee took some time to remind the press about the US President's stance on neo-Nazis, or so-called "white nationalists."

"That motherf**ker was given the chance to say we are about love and not hate. And that motherf**ker did not denounce the Klan, the alt-right, and those Nazi f**kers," Lee said.

In the aftermath of the August 2017 "Unite the Right" rally in Charlottesville, Virginia, Trump notably addressed Americans, saying he saw "very fine people on both sides."

Receiving immediate backlash, Trump had different words for the American people two days later.
"Racism is evil. And those who cause violence in its name are criminals and thugs, including the KKK, neo-Nazis, white supremacists and other hate groups that are repugnant to everything we hold dear as Americans."

While the second version sounded much better, many believe the president expressed his true feelings the first time around.

"BlacKkKlansman" is set to premiere in US theaters on August 10, just two days before the anniversary of the notorious Charlottesville clash.