Acting US Central Intelligence Agency Director Gina Haspel sat before the US Senate Intelligence Committee Wednesday and vowed to not allow the CIA to restart detention and interrogation programs if confirmed as director. 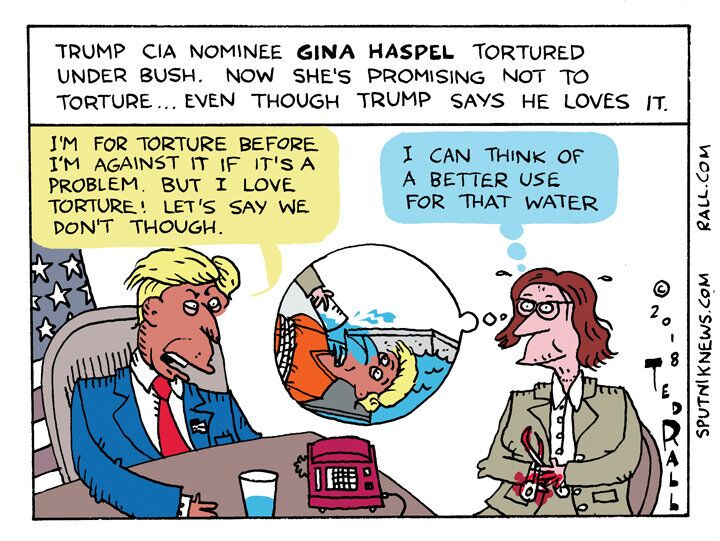 Hours before Haspel's Wednesday confirmation hearing, 115 former US ambassadors penned a letter to the Senate Intelligence Committee, asserting that confirmation of the intelligence officer would undo the work of US diplomats worldwide.

"Her confirmation will thus undercut the work of countless diplomats, military service members and intelligence professionals who continue to engage with their foreign counterparts on why the United States believes that torture and other forms of abuse are not only morally wrong but strategically shortsighted and legally impermissible," reads a portion of the letter.

It's now known that prior to serving as acting CIA director, Haspel managed a CIA "black site" in Thailand that notoriously waterboarded detainee Abd al-Rahim al-Nashiri over 80 times in a single month. Additionally, reports have emerged claiming Haspel had a hand in the destruction of interrogation videos that included actions now formally outlawed and labeled as torture by US Congress.

Despite Haspel's intent to change her approach to interrogation and other intelligence-related efforts, US President Donald Trump recently doubled down on his nomination, claiming that Haspel being "tough on terrorists" plays a major role in being qualified to handle "these very dangerous times."