NBC News faced backlash Thursday from both the public and other media outlets alike after publishing a headline falsely stating that the US Department of Justice had “wiretapped” US President Donald Trump’s personal lawyer Michael Cohen. 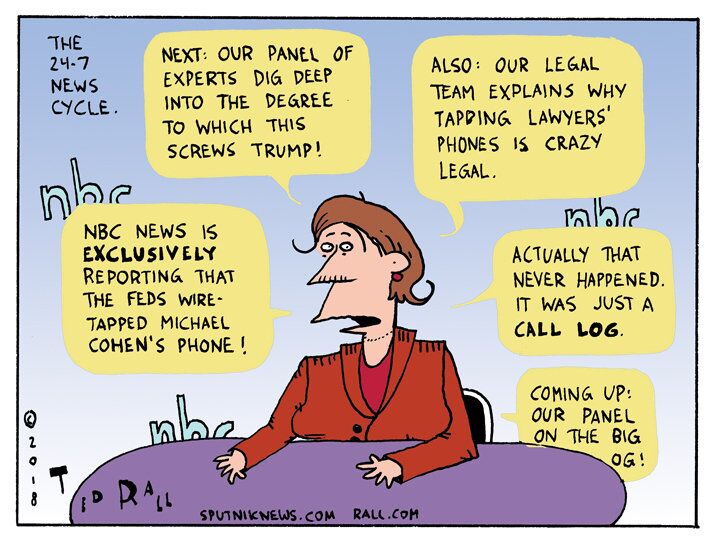 The headline, which was not corrected before other news outlets, such as CNN and USA Today, could run with the juicy untruth, read: "Feds tapped Trump lawyer Michael Cohen's phones."

In reality, Cohen's incoming and outgoing calls were monitored and logged with a device called a pen register. Unlike a wiretap, the pen register leaves the content calls under wraps, producing only a log of all calls made and received by what phone numbers.

While this could've been a great scoop for the network if true, it ended up turning into "fake news" fire power for US President Donald Trump and those involved in the ongoing investigation concerning Stormy Daniels' "hush money" payout.

Despite NBC making the appropriate correction from "tapped" to "monitored," US President Donald Trump's Twitter fingers were already in motion to cripple their credibility.

"NBC NEWS is wrong again! They cite "sources" which are constantly wrong. Problem is, like so many others, the sources probably don't exist, they are fabricated, fiction! NBC, my former home with the Apprentice, is now as bad as Fake News CNN. Sad!"