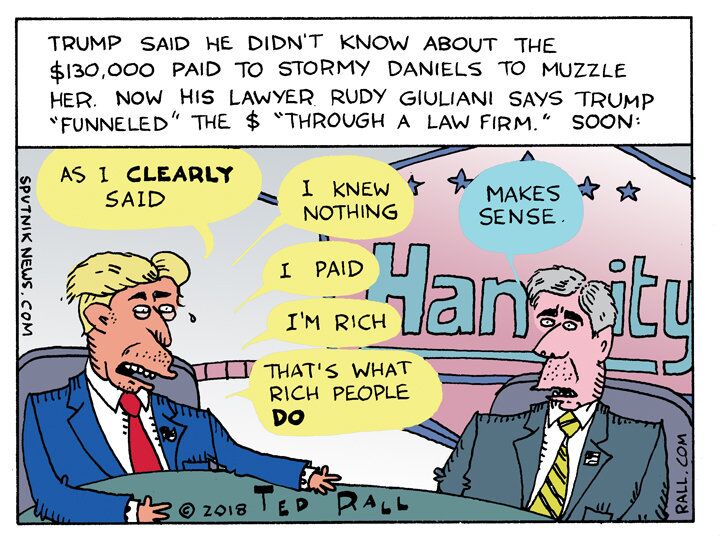 The US president may be regretting hiring the former mayor after Giuliani's 40-minute conversation with Fox News' Sean Hannity.

Despite Trump's attempts to deny knowing about the payment of hush money to Daniels, whose real name is Stephanie Clifford, regarding their 2006 liaison, Giuliani claimed his client repaid the money "funneled through the law firm" of Trump's then-attorney Michael Cohen.

Perhaps realizing what he said after Hannity claimed he was unaware of that bit of information, Giuliani expounded.

"[Donald Trump] didn't know about the specifics of it as far as I know but he did know about the general arrangement that Michael would take care of things like this."

Surely a successful businessman wants to know where his money is going, right?