Adult film star Stormy Daniels made US headlines Tuesday after producing a composite sketch of the man she alleges threatened her into silence concerning her alleged 2006 affair with Donald Trump, who would go on to become US president. 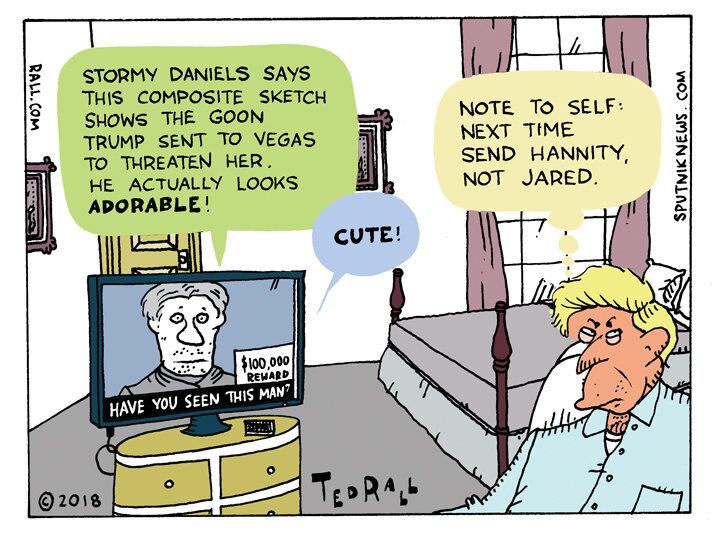 During a CBS "60 Minutes" episode, Daniels, whose real name is Stephanie Clifford, exclusively revealed that she and her daughter were approached by a man following her meeting with gossip magazine InTouch concerning a piece on her 2006 affair with Trump.

Clifford claimed the unidentified man instructed her to "leave Trump alone" and forget about going public with the scandalous scoop. Driving the point home, the mystery man also allegedly threatened the actress with violence.

With all details in the open, Clifford and her lawyer, Michael Avenatti, are now calling on the general public to aid in capturing the "thug." To sweeten the pot for those who may not have much disdain for the US president, there is also a $100,000 reward for correct identification of the individual.