Following a series of tweets on Monday slamming immigration laws and a lack of southern border security, US President Donald Trump doubled down Tuesday with a verbal promise to “do some things militarily” along the US-Mexico border. 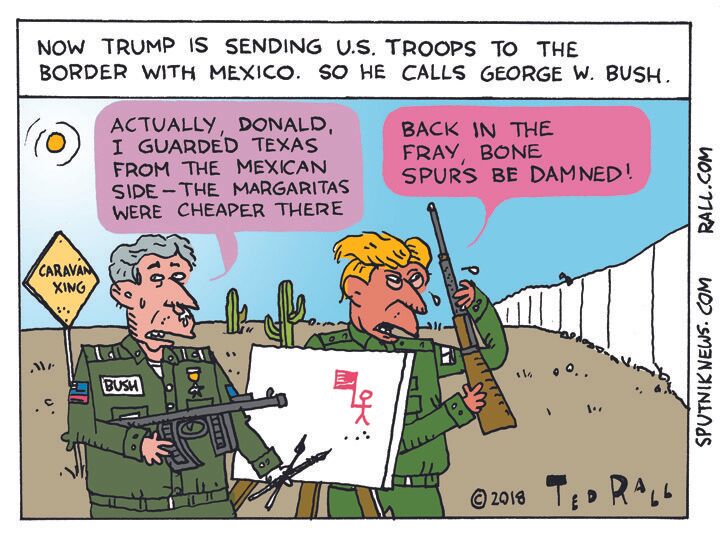 During a Tuesday press conference with Baltic State leaders, Trump took time to reiterate his intention to finish building a southern border wall, while making reference to the "horrible, horrible and very unsafe laws" in the US.

Despite being asked to clarify what he meant in terms of military force, it still remains unknown whether Trump's intends to utilize the National Guard — as both President George W. Bush and President Obama did during their terms — or take a another approach.

Revving up his rhetoric, Trump went on to assert that the NAFTA deal, which he described as Mexico's "cash cow" in a previous tweet, would be no more if the Mexican government chooses to not cooperate.

While the US President's flexing sounds good in theory to some, the lack of specific answers and clarification speaks to the reality that a meeting between Trump and Defense Secretary Mattis still needs to take place.