After her tweet mocking Parkland school shooting survivor David Hogg’s rejection from multiple colleges, Laura Ingraham is now using “the spirit of Holy Week” in an apology to save her reputation and job. 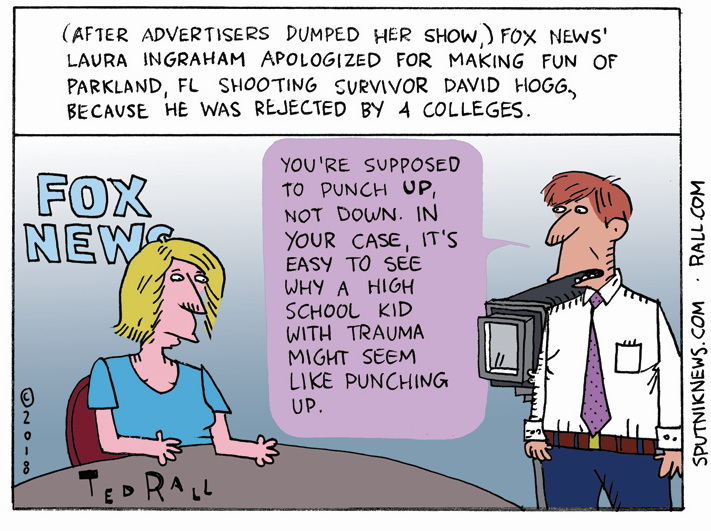 In the mood to cause some chaos, "The Ingraham Angle" host took to Twitter Wednesday to jump on the cyberbully bandwagon against vocal Parkland school shooting survivors. With her sights on 17-year-old Hogg, Ingraham, 54, shared an article highlighting the teen's rejection from four colleges. Adding her own commentary, the TV host erroneously proclaimed that Hogg had a 4.1 grade point average and said he was whining about fair rejections.

Rather than engage the 50-something TV host in a Twitter war, the teenager decided to hit Ingraham where it hurt: her pocket.

Hogg compiled a list of the top 12 advertisers for "The Ingraham Angle" and urged his followers to contact them if they wanted to express their disgust at the cyberbullying.

Like clockwork, Ingraham, down a few advertisers, returned to Twitter Thursday to apologize for her statement and even invoked God through a reference to "Holy Week." Thank goodness for Easter!