After a week of opposition, warnings and even the resignation of the director of the National Economic Council, US President Donald Trump kept his promise to place tariffs on steel and aluminum by signing a directive to that effect Thursday afternoon. 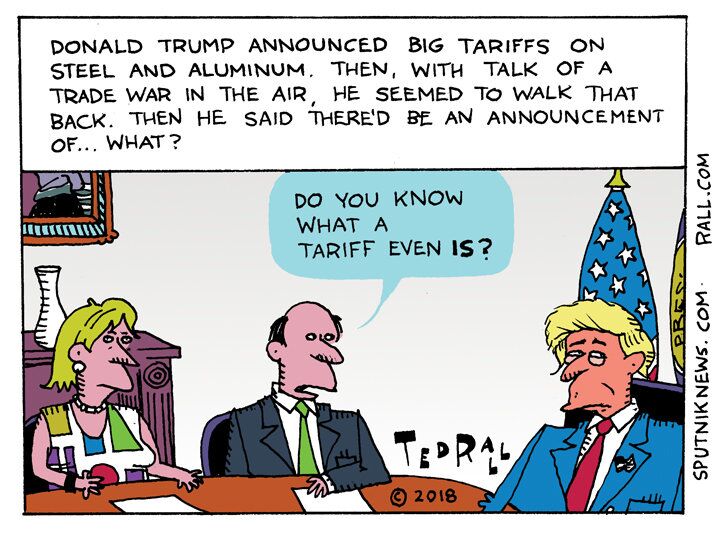 Last week, Trump announced his intentions to implement a tariff order on both steel and aluminum at 25 percent and 10 percent, respectively. From Austria to China, this proclamation brought about global outcry, with the World Trade Organization even warning nations that Trump's move could send the world into a "deep recession."

Republicans also warned the US president of a possible trade war as a result of the order. "[Tariffs] always hurt us. Ultimately, nobody ever wins a trade war. Both sides lose a trade war," said Republican Senator Ben Sasse hours before the signing.

Despite Vermont Senator Bernie Sanders asserting Trump would sign the new policy before the end of the week, it was still up in the air until the Thursday afternoon ceremony. Before exercising his executive powers, Trump made a point to clarify that while both Mexico and Canada would initially be exempt from the policy due to the North American Free Trade Agreement, he intends to "terminate NAFTA and do it all over again" if a renegotiation deal is not reached.

Although Trump signed the order today, it will not take effect until 15 days from Thursday, giving those opposed ample time to counter the move.

US Tariffs: 'Aluminum Companies Will Benefit, Everyone Else Will Lose' - Analyst