Despite the tide of approval generated after Oprah Winfrey’s inspiring Golden Globes speech, a recent poll reveals the majority of US voters are not keen on putting the O in the Oval Office. 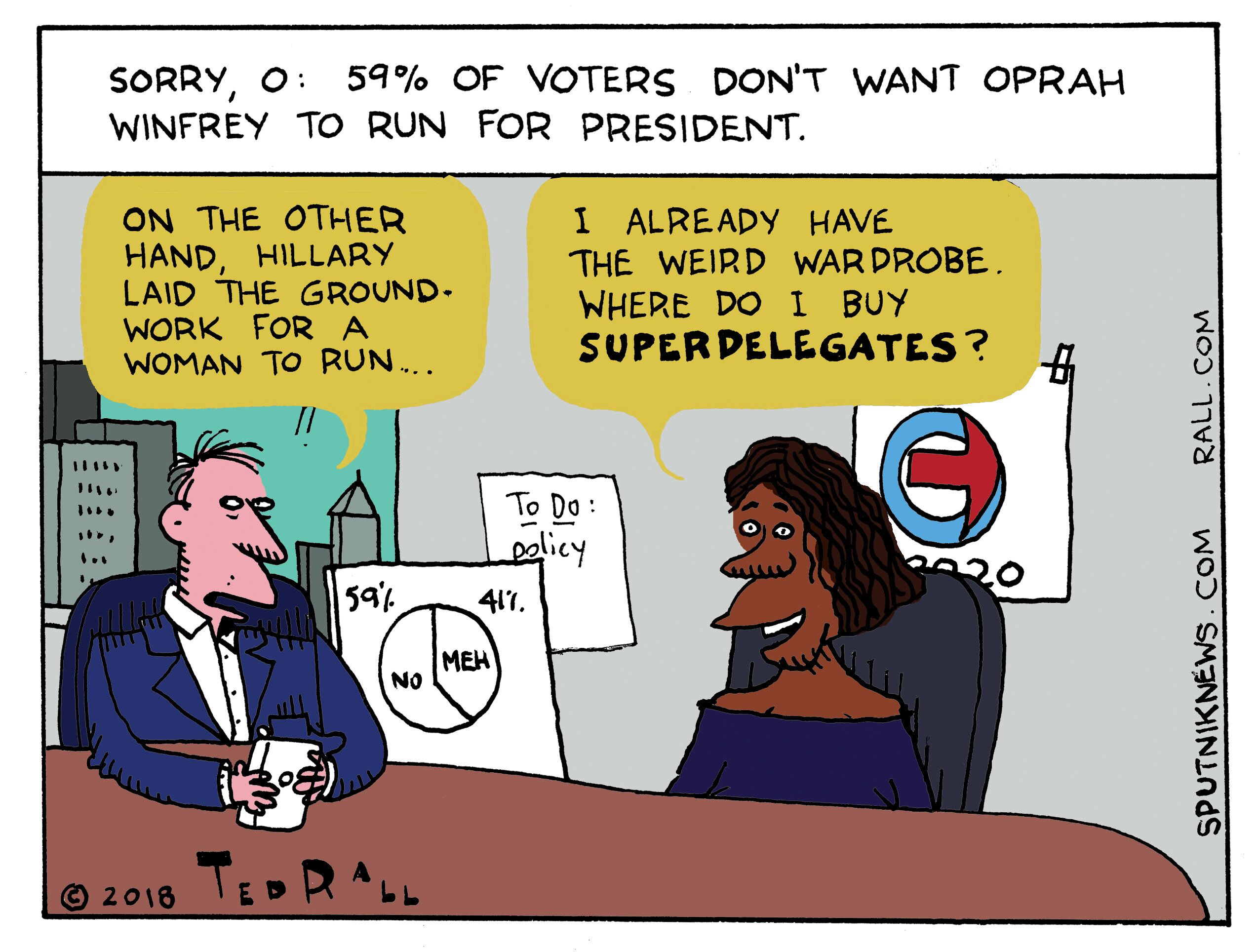 A Morning Consult/Politico poll released Wednesday found only 24 percent of registered US voters would like to see Oprah run in the next presidential election. On the other hand, an astonishing 59 percent believe the TV mogul should stay where she is, while 17 percent did not have an opinion either way.

The poll also revealed Oprah would only be able to clinch the Democratic nomination if she was to face Senator Elizabeth Warren or Kirsten Gillibrand. However, when put up against former Vice President Joe Biden and Senator Bernie Sanders, Oprah sees 54-31 and 46-37 losses, respectively.

While she maintains her hypothetical victory over President Donald Trump at 40-38, Oprah herself has yet to confirm any intention of throwing her hat into the political ring — despite what BFF Gayle King said.

Congress Reauthorizes FISA Spying Program; If Not Oprah Who?

Trump Says He 'Likes' Oprah, But Would 'Beat Her' if She Ran for President