Pardon Me? The Return of Arpaio

With Republican Senator Jeff Flake’s US Senate seat opening up this year, Trump ally and ex-Arizona Sheriff Joe Arpaio has decided to throw his hat into the race. 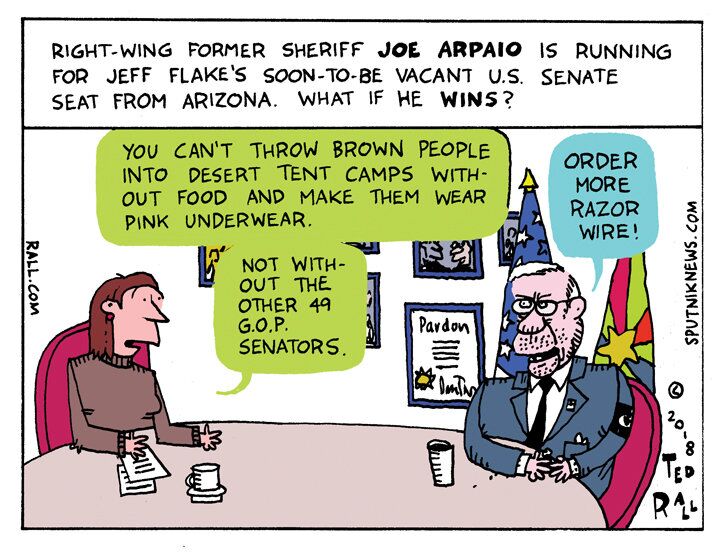 Joe Arpaio, the ex-Arizona sheriff who was found guilty of disobeying court rulings in his detaining of Latinos suspected of being illegal immigrants, announced Tuesday that he would be running for Senate to represent the desert state.

Shortly after being pardoned in August by US President Donald Trump, Joe Arpaio went on record with The Washington Examiner to express his interest in running for either mayor or for Flake's soon-to-be vacant seat.

"All I'm saying is the door is open and we'll see what happens. I've got support. I know what support I have," Arpaio told The Washington Examiner in August.

While Arpaio could have support individually, things may get a little more complicated for voters on August 28 as pro-Trump Republican Kelli Ward is already vying for Senator Flake's seat.

Getting Away With Murder & Torture: Trump Pardons Sheriff Arpaio

'Door is Open': Arpaio Mulling Possible Run for US Senate After Trump's Pardon