Ahead of a Tuesday vote in the House, the GOP’s $1.5 trillion tax overhaul has many suspecting Republicans are simply scrambling to appease donors by passing the bill before the year’s end. 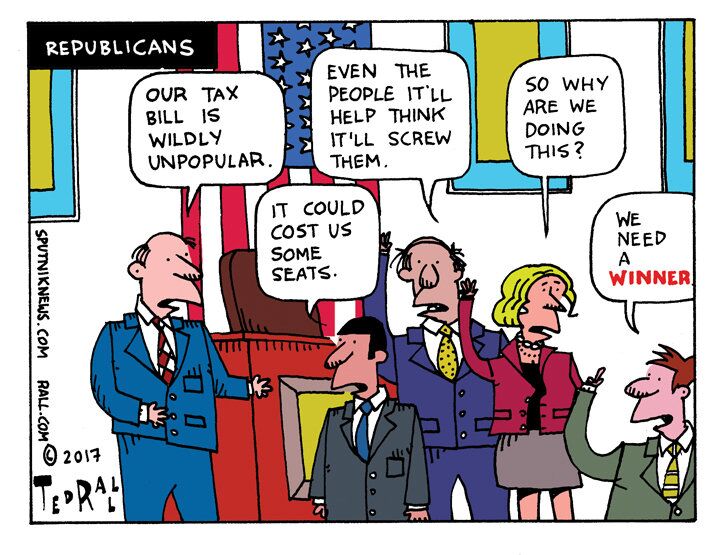 Despite Trump's promise to slash taxes for middle-income America, the Tax Cuts and Jobs Act of 2017 appears to not deliver in its final version. From small businesses to homeowners, many would be left out to dry if the bill passes in a Senate vote later this week.

After two failed attempts at repealing Obamacare this year and an ongoing Russia probe, Republicans have had an unsuccessful year. According to Republican Rep. Chris Collins, donors have been putting pressure on the GOP to pass a bill of any kind before the end of the year.

With reluctant Republicans such as Bob Corker planning to vote in favor of the bill for party unity (or because of some last minute goodies added just for him, as recent reports allege), the tax bill is expected to pass and would be a monumental win for both Republicans and the Trump administration alike.