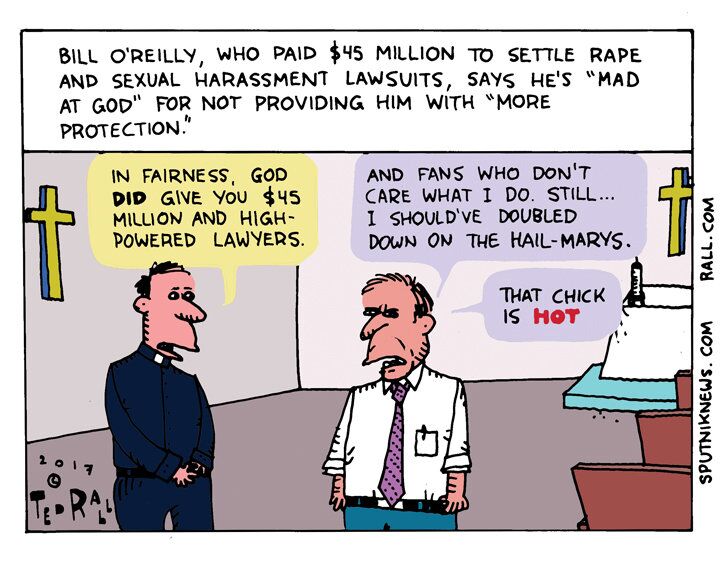 Out of a cushy job at Fox News, O'Reilly's new occupation seems to be championing himself.

According to a New York Times article, O'Reilly settled a sexual harassment claim for $32 million just weeks before signing a new contract with Fox in February. They had already reported on the $13 million in settlement payments he'd made to hush up similar allegations by five women.

Rather than using his indefinite vacation for self-reflection, O'Reilly chose to take to the airwaves and assert that his "track record" should speak for itself. He even blasted God for a lack of "protection" in regards to the issue.

Hope he doesn't expect an apology from the Man upstairs…