If you cut a tree down, don't forget about the roots, otherwise it will grow back. The same is going on with Nazism in Ukraine. 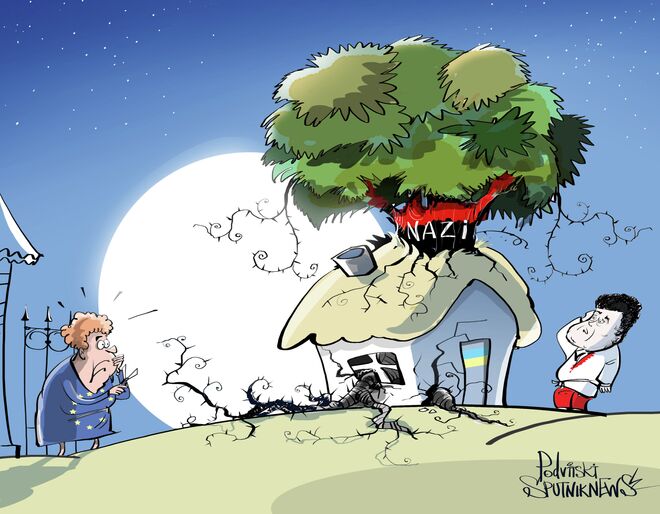 Everything began when the Ukrainian parliament adopted a law on the glorification of the notorious Ukrainian Insurgent Army (UPA) and gave social benefits to its fighters.

The Ukrainian Insurgent Army was established in October 1944 as a separate militant formation of the OUN. Its purpose was to fight for independence in Ukraine. UPA militants were active mostly in the western part of the country and fought against Soviet forces in collaboration with the Nazis. After World War II, the UPA continued its struggle against the Soviet government using extremist methods. Its militants attacked intellectuals, local authorities, Komsomol and Party activists.

Now the radical ultra-nationalist group Right Sector has gone out of control and has Ukraine’s European neighbors panicking, saying the group poses a serious threat to nearby countries.

"In the light of recent events it is time to react to Right Sector's actions, which have acquired the character of armed, criminal acts," Orzechowski added.

Right Sector's ideology is based on the ultra-nationalist principles of the Ukrainian Insurgent Army (UPA) led by Stepan Bandera during World War II and in the postwar period. Among other horrendous war crimes, the UPA terrorized Polish territories, ethnically-cleansing Poles from Volhynia and Eastern Galicia regions.