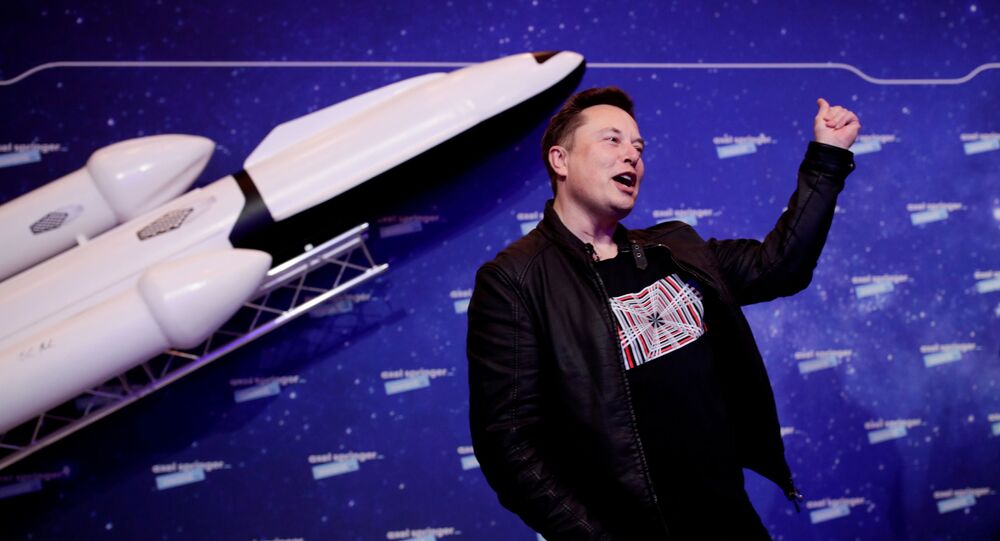 WASHINGTON (Sputnik) - Tesla will likely begin accepting again Bitcoin as a payment method for the electric cars it sells, Chief Executive Elon Musk said but added that he was awaiting due diligence on the amount of renewable energy that is needed to mine the cryptocurrency.

Musk's remarks that he was open to re-accepting Bitcoin reverses Tesla’s announcement in May that the cryptocurrency cannot be used to purchase its products.

The electric carmaker’s decision then was seen as appeasing some of its more environmentally-conscious investors who had been critical about how Bitcoin was mined using huge amounts of electricity generated from oil fossil fuels. Musk’s comment about Bitcoin utilizing more renewable energies also appeared to be a nod in this direction, as an increasing number of cryptocurrency miners start diversifying toward green energy.

© AP Photo / Dado Ruvic
A representation of virtual currency Bitcoin is seen in front of a stock graph in this illustration taken January 8, 2021

"Tesla's mission is accelerating the advent of sustainable energy,” Musk said. “We can't be the company that does that and also not do appropriate diligence on the energy usage of Bitcoin.”

Musk, who can move the price of Bitcoin by thousands of dollars a time when he comments on it, confirmed at the conference that the cryptocurrency “is one of the things of any significance I own" outside of Tesla and his space exploration company Space X.

"I might pump, but I don't dump," Musk said. "I definitely do not believe in getting the price high and selling ... I would like to see Bitcoin succeed."

The price of Bitcoin finished up 7 percent on Wednesday after Musk’s comments, recouping almost all of its losses over the previous two sessions. Trending at almost $65,000 in April, the cryptocurrency now trades at less than half of that, at under $32,000.