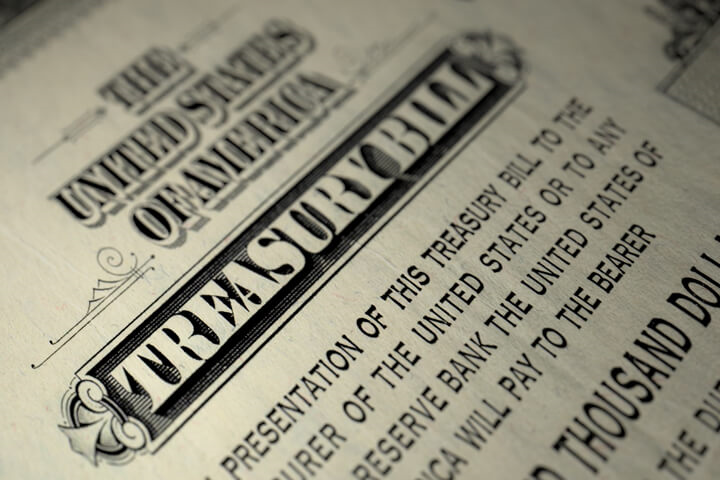 Russia Slashes Investment in US Debt Again, Holdings Down 97 Percent Since 2018

Earlier this month, the Russian Finance Ministry announced that it had brought the share of the US dollar in the country’s $187.6 billion National Wealth Fund to zero, replacing the greenback with yuans, euros and gold.

Russian investment in US government bonds fell by about $150 million in the month of May, freshly published data from the Treasury Department shows.

Russia dropped out of the rankings of top holders of US debt in 2018, when it began selling off its mammoth $96+ billion in US debt holdings.

The continued cut in US treasury holdings follows the announcement by Russian authorities earlier this month that Moscow's once-hefty reserves of US dollars in the country’s National Wealth Fund safety cushion dropped to zero, with euros, yuans, Japanese yen and gold now accounting for 39.7 percent, 30.4 percent, 4.7 percent and 20.2 percent of the fund, respectively. Overall, the fund is valued at the equivalent of about $187.6 billion US.

© CC0
Russia's National Welfare Fund Ditches US Dollar, Finance Ministry Says
Russian authorities moved to cut dollar holdings and treasury investments after pointing to a series of hostile US actions against Moscow, and suggesting that US sanctions policy helps undermine international confidence in its currency.

In addition to cutting its dollar and treasury holdings, Russia has worked proactively to substantially reduce dollar-based trade with trade partners including China, India and Turkey as a means of protecting both sides from unilateral US restrictions. In 2019, Russian energy giant Rosneft, the world’s eighth largest oil and gas company by total revenue, and largest in terms of production volume and total reserves, completed a switch away from the dollar in favour of euros in export contracts.

Earlier this year, Kremlin spokesman Dmitry Peskov said he was confident that Russia’s move away from the greenback would eventually be emulated by other countries as they start to “doubt the currency’s stability and the stability of the country issuing it”.

© Sputnik / Natalia Seliverstova
Ditching Dollars, Prioritizing China & India, De-Westernizing: Inside Russia’s New Security Strategy
Last month, Navigator Principal Investors director of investment consulting Kyle Shostak told Sputnik that Russia’s dollar selloff was in part an indication of growing concerns about inflation in the US, which has recently pumped nearly $6 trillion in additional cash into the economy in the form of coronavirus bailouts.

US federal debt surpassed $28 trillion in March, with combined debt – which includes the national obligations plus all other public and private liabilities, reaching over $85 trillion – over four times the country’s annual GDP, or the equivalent of $256,800 for every man, woman and child in the country.