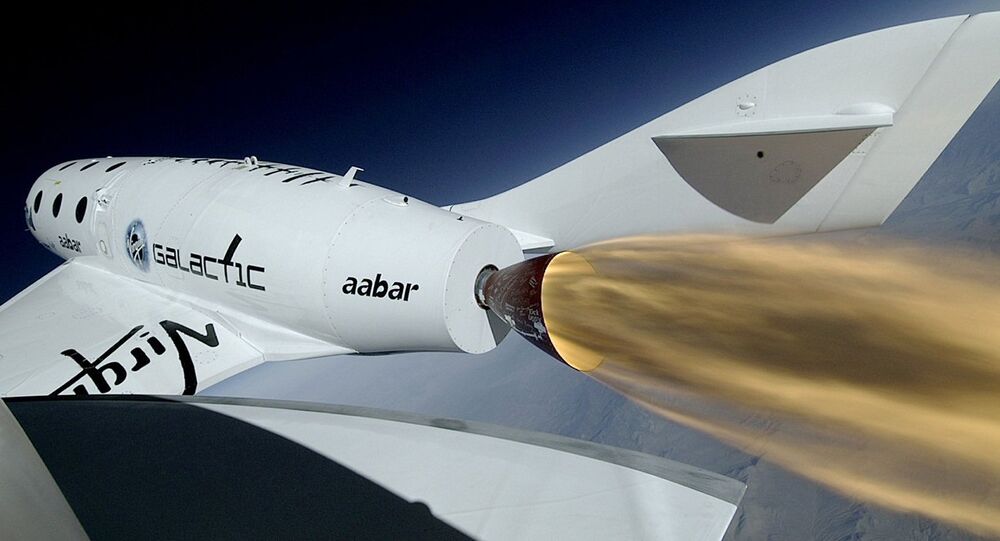 Billionaire Richard Branson flew to the edge of space on 11 July aboard the Virgin Galactic aircraft, travelling to an altitude of 62 miles and experiencing several minutes of zero-gravity.

Virgin Galactic announced that it would raise up to £360million [some $500 million] in cash through selling shares, after company head Richard Branson, successfully traveled to the edge of space.

According to The Daily Mail, the move resulted in the company's shares plunging 15% in New York in pre-market trading.

The raised money, according to the report, will be poured into the development of the company's space fleet and infrastructure.

According to a 2020 CNBC report citing the company's regulatory filing, Virgin Galactic estimated that it would cost some $35 million and $55 million to build its second and third spacecraft. Back at the time, the company also set the goal of 400 space flights per year per spaceport.

Earlier on Sunday, Branson conducted a test flight to space, reaching an altitude of 62 miles and experiencing zero-gravity at one point during the trip. In an emotional tweet after his taste of "space travel", the billionaire said that "there are no words to describe the feeling".

"This is space travel. This is a dream turned reality", Branson tweeted.

After the flight, Branson announced a contest to win two seats on the next Virgin Galactic space flight, saying that the travel is expected to take place "in early 2022".

On 20 July, another billionaire, Amazon founder Jeff Bezos, is set to travel into space, aboard a Blue Origins orbital spacecraft.

Branson, Crew Safely Back on Earth After Going Into Space on Unity 22