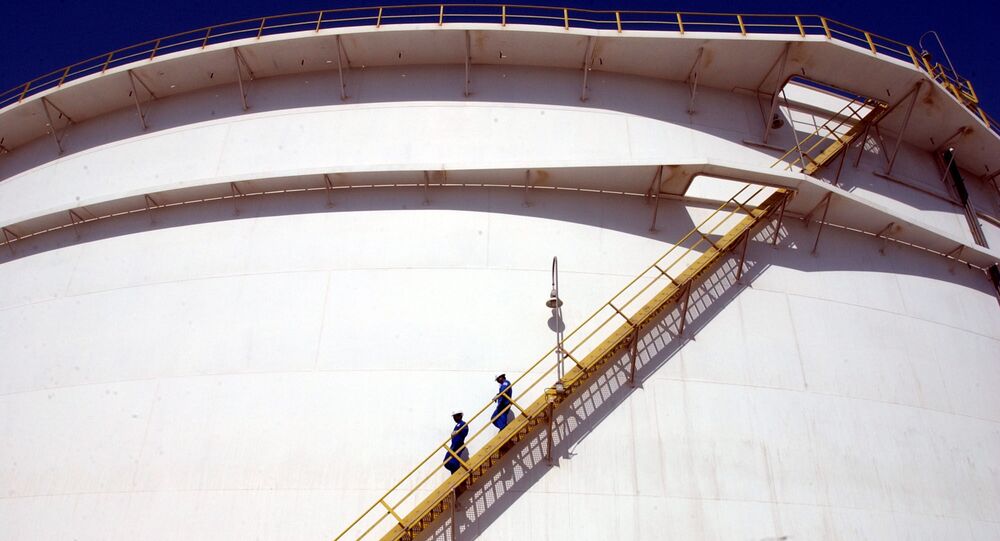 The Gulf sheikhdom unexpectedly rejected an OPEC+ proposal to extend current oil production cuts until the end of 2022 earlier this month, calling its current production quota “unfair” and suggesting the market was in “dire need of higher production.”

Abu Dhabi’s rift with its traditional Saudi partners and other OPEC powers on keeping previously agreed upon production cuts in place until the end of next year is connected to the sheikhdom’s realisation that oil demand won’t last forever, and that it may be a "now or never" moment to try to maximise profits while prices are strong, sources briefed on the Emirates’ oil strategy have told the Wall Street Journal.

“This is the time to maximise the value of the country’s hydrocarbon resources, while they have value,” one of the sources told the business newspaper. “The aim of the investment is to generate revenue for the diversification of the economy, both for investment in new energy and, as importantly, in new revenue streams.”

Despite a total land area of just 83,600 square kilometres, the UAE is known to be endowed with some of the largest oil reserves in the world, sitting on top of nearly 100 billion barrels of proven, easily reachable reserves, and accounting for nearly 6 percent of the world’s total proven oil assets. With the kingdom’s oil production averaging 2.6 million barrels per day as of May 2021, Abu Dhabi could continue producing oil at current levels for over 105 years. But the sheikhdom isn’t satisfied with current output.

Abu Dhabi’s rift with other OPEC+ partners centres around a Saudi proposal to increase production by 2 million barrels per day (bpd) between August and December of 2021, but to keep the remaining cuts (of as much as 5.8 million bpd) in place until the end of 2022, rather than April 2022, as originally planned. The UAE says the cuts should not be extended unless the baseline for output is revised.

“Market share is a key factor here,” an unnamed senior UAE oil executive told WSJ regarding the strategy. “We want a bigger market share, to monetise as much as we can from our reserves, especially when we have spent billions developing them.”

Even before the 2020 Covid crisis-related price collapse, which prompted the 13 member Organisation of the Petroleum Exporting Countries and its OPEC+ allies, including Russia, Kazakhstan, Mexico, and others to hammer out an emergency production cut agreement, the UAE has long sought to diversify its economy away from hydrocarbons through substantial investments in tourism, commercial aviation, media, telecoms and an effort to turn Dubai into a major financial hub. These efforts have been met with mixed success.

The UAE is not alone in its efforts to maximise oil profits while global hydrocarbon demand remains strong, with some other major oil producers moving in a similar direction. Russia, for example, has also been investing billions of dollars into new oil reserves in Eastern Siberia, with the massive Vostok oil project alone expected to tap as much as 100 million tonnes of crude per year, despite the country’s existing capacity being enough to maintain current output levels until at least 2080.

Efforts to squeeze out the last of the profit from hydrocarbons comes amid pessimism in forecasts about "peak oil" demand – the idea that global efforts to diversify sources of energy will lead to a drop off in demand for the current lifeblood of the global economy, and a subsequent drop in prices. The peak oil concept came about in the 1950s, and was popularised in the 1970s, and then again in the late 1990s, but failed to materialise in the predicted timeframes in the past for a number of reasons, including growing traditional energy demand in developing nations, and slower-than-expected conversion of advanced economies to "greener" fuel sources.

© AP Photo / Marty Lederhandler
In this Dec. 23, 1973 file photo, cars line up in two directions at a gas station in New York City
© Sputnik / Alexander Galperin
Germany Wants Speedy Completion of Nord Stream 2, Clean Hydrogen From Russia, Saxony Chief Says
However, the recent technological revolutions in hybrid and electric vehicles, combined with advances in the safety of hydrogen fuel that were impossible to achieve in the 1970s, have led to renewed predictions that oil’s time as the undisputed leader in global energy is coming to an end. The European industrial powerhouse Germany, for example, plans to move away from the use of traditional oil-powered internal combustion engine vehicles by the year 2040. The European Union, meanwhile, plans to set up some 3,700 hydrogen refuelling stations by the end of the current decade. Meanwhile, companies in China, the world’s second largest economy and largest automotive market, came out of nowhere last year to outsell Tesla and effectively come to dominate the global electric car market, with electric vehicles accounting for 6.3 percent of all passenger cars sold in the country in 2020, more than triple EVs’ 2 percent market share in the US.
© REUTERS / Aly Song
A Geely's new electric vehicle (EV) Geometry A (GE11) is presented during the media day for Shanghai auto show in Shanghai, China April 16, 2019.

According to OilPrice.com, if the current peak oil predictions – this time slated for 2030, come to pass, or if the global economy is already living in peak oil conditions, the UAE, Russia and other big oil producers will “have very little time to diversify away from their main export commodity,” meaning they need to save up cash quick to fund economic diversification efforts.

“And this is why the UAE is standing up to its OPEC partner. While publicly it remains committed to the production curbs the cartel and its non-OPEC partners agreed last year, privately, like any self-respecting economy, the UAE is looking out for itself,” the outlet concluded.

Second US Base Near Syrian Oil Field Comes Under Attack, Local Media Say