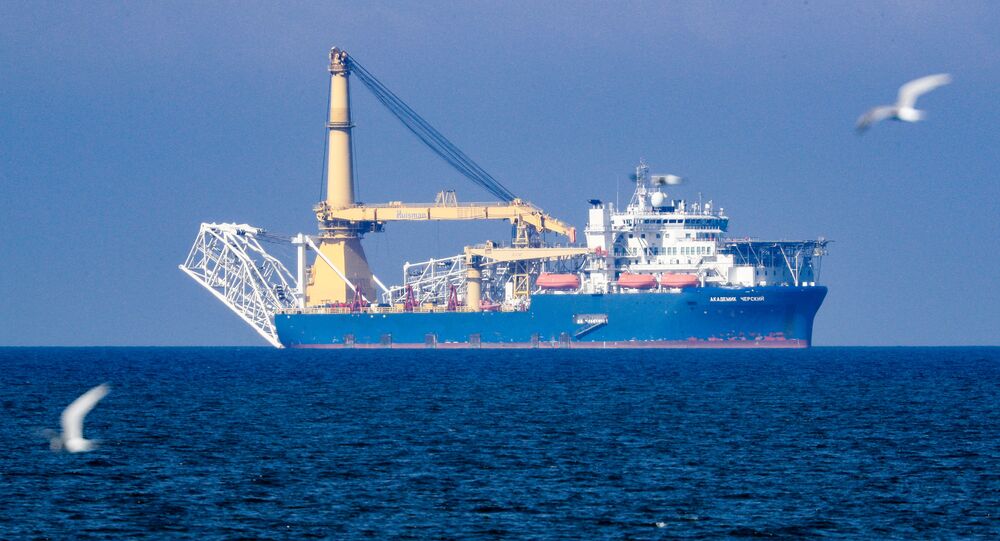 Republicans have vigorously attacked Joe Biden over the White House’s recent decision to waive sanctions against Nord Stream 2’s operator in a bid to improve relations with Germany. Berlin has spent years energetically defending the infrastructure megaproject amid Washington’s threats and sanctions.

Texas Senator Ted Cruz (R) has blocked the Senate’s confirmation of 13 critical State Department jobs in an effort to pressure the Biden administration over its Nord Stream 2 policy, NBC News reports, citing four individuals said to be familiar with the matter.

Other officials whose nominations have been held up include would-be US ambassadors to countries including Somalia, Algeria, and the Democratic Republic of the Congo.

Cruz is reportedly using the holdup in an attempt to pressure the Biden administration into reversing its May decision to waive sanctions on Nord Stream 2 AG, the Switzerland-registered firm behind the pipeline’s construction, and its CEO Matthias Warnig. Secretary of State Antony Blinken justified the waiver by saying that it was in the US “national interest” to keep the entity and businessman unsanctioned. Outside observers have indicated that Washington resisted sanctions to try to avoid souring ties with its German allies. Berlin has vocally defended the project amid pressure from three separate US administrations.

Cruz’s block on nominations isn’t the first time the Texas senator has used his power in the Senate to pressure the executive branch over the Russian-German pipeline. In March, a group of Republicans led by Cruz temporarily blocked Biden CIA Pick William Burns’ confirmation, and used similar tactics to halt the confirmation of a deputy secretary of state pick and the head of USAID. Cruz and his allies let up on those nominations after the White House promised to sanction companies building Nord Stream 2, including some Russian ships and other entities.

© Sputnik / Dmitrij Leltschuk
Polish Foreign Minister Urges Germany to Tackle Ukraine's 'Security Void' After Nord Stream 2 Launch
Senate Democrats have attacked Cruz over his holdup tactics in the past, with Foreign Relations panel chairman Senator Bob Menendez accusing him of “blackening” the committee’s “virtue” and accusing him of using it for political purposes, perhaps for some future “presidential aspirations.”

Under Senate rules, Cruz is not able by himself to permanently block a nominee to a government posting which requires confirmation, but he can invoke additional procedural steps which can effectively delay picks indefinitely as the upper house uses the limited time available to deal with other priorities.

Cruz has long been one of the most outspoken critics of Nord Stream 2 in US politics, arguing last month that the sanctions waiver constituted a “multibillion-dollar gift” by Biden “to Vladimir Putin,” and calling the reversal “a generational geopolitical mistake that will strengthen Russia at the expense of all of the West.”

Last year, Cruz and his colleagues bypassed the Trump administration and penned a collective letter threatening a German port with “fatal measures” if it became a hub for the pipeline project.

The United States and European allies including Poland and Ukraine have vigorously opposed the energy infrastructure, pressuring its supporters, slapping sanctions on the project, and warning that Nord Stream 2 would not serve Europe’s energy security interests. Germany – the project’s main European economic benefactor and the continent’s main industrial power, has rejected US pressure, and stressed repeatedly that it sees Nord Stream 2 as strictly an economic venture unrelated to broader relations with either Washington and Moscow.