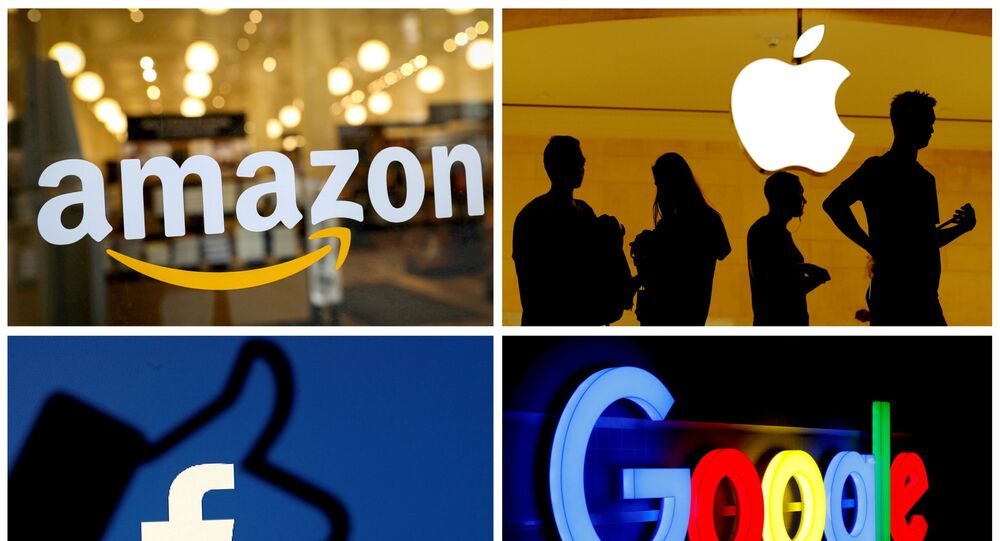 LONDON (Sputnik) – UK’s Competition and Markets Authority (CMA) on 25 June launched a formal probe into Amazon and Google over concern that they have not done enough to protect shoppers from fake reviews.

“We are investigating concerns that Amazon and Google have not been doing enough to prevent or remove fake reviews to protect customers and honest businesses. It’s important that these tech platforms take responsibility and we stand ready to take action if we find that they are not doing enough,” CMA chief executive Andrea Coscelli said in a statement.

© AP Photo / Thibault Camus
EU Regulators Launch New Antitrust Probe Into Google
The government official said that they are worried millions of online shoppers could be misled by reading fake reviews and then spending their money based on those recommendations.

According to the competition watchdog, fake and misleading reviews could also impact on businesses’ star ratings and how prominently companies and products are displayed to consumers, changing their whole shopping experience.

The probe will be also examining whether both companies investigate and promptly remove fake and misleading reviews, and penalize reviewers or companies to dissuade them from posting misleading messages scores.

The CMA also voiced concerned over Amazon’s systems failing to stop sellers from manipulating product listings, setting an example of merchants who co-opt positive reviews from other products.

The probe into fake reviews is part of a broader programme of CMA work, which includes establishing a new pro-competition regulatory regime for digital markets, to curb the power of big tech.