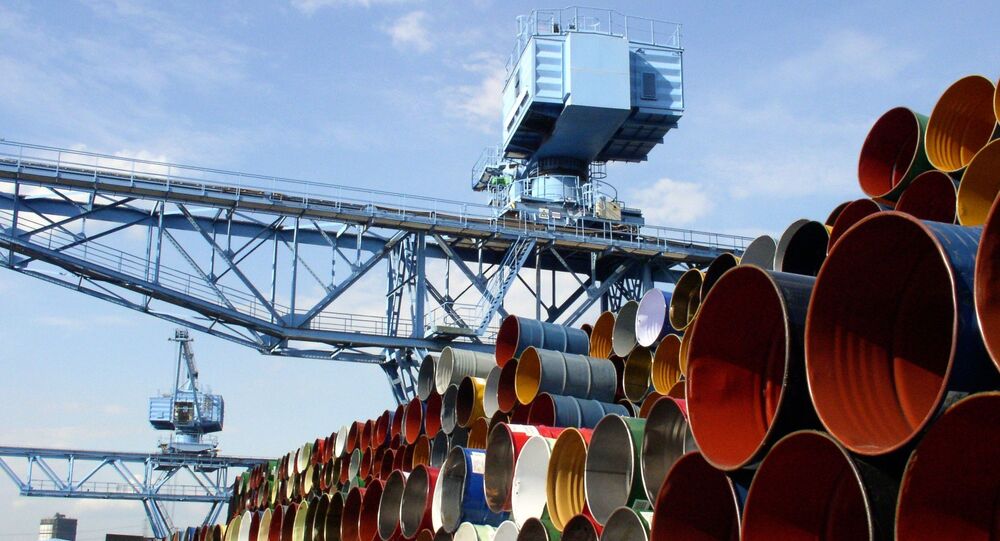 Oil prices slumped to their lowest in nearly a month throughout the past week as traders mulled the consequences of a possible renewed nuclear deal with Iran that could see US sanctions against the country’s crude scrapped and the return of millions of barrels per day to the market.

Oil prices struggled upward on Monday, recouping some of their earlier losses.

The positive movement came after a potential hitch emerged in talks aiming to revive the Joint Comprehensive Plan of Action (JCPOA), also known as the 2015 Iran Nuclear Deal.

“Iran’s oil production has been rising in recent months, likely in anticipation of a lifting of the sanctions,” Australia and New Zealand Banking Group Limited (ANZ) analysts said in a note on Monday.

Optimistic forecasts made last week by Iran’s President Hassan Rouhani indicating that the US was ready to lift sanctions on his country's oil, banking and shipping sectors, which had prompted oil prices to slump almost 3 percent.

Negotiators in Vienna, where Iran and the US have engaged in indirect talks on reviving the nuclear deal, had taken a “major step,” Rouhani said on Thursday, according to Iranian state TV, adding that “the main agreement has been made.”

However, Sunday saw the speaker of Iran's parliament, Mohammad Baqer Qalibaf, announce that a three-month temporary monitoring deal between Iran and the International Atomic Energy Agency (IAEA) had expired, with the agency losing its access to images from inside some Iranian nuclear sites.

Iran struck the deal with the UN nuclear watchdog in February to temporarily salvage part of the extra inspection activities introduced by its 2015 nuclear accord with major powers, which Tehran scaled back in retaliation for reimposed US sanctions after Washington scraped that agreement in 2018.

With the news coming as indirect talks between Washington and Tehran on reviving the 2015 Iran nuclear deal are due to resume in Vienna this week, European diplomats cited concerns that failure to agree to an extension of the monitoring deal could impede the broader negotiations between the sides.

"All in all, it seems to be only a matter of time before the sides involved put pen to paper on a new nuclear accord," Stephen Brennock of oil broker PVM, was cited by Reuters as saying. He added:

"Investors are bracing for a fresh wave of what will surely be heavily discounted Iranian crude ... yet for all this alarmism, an aggressive ramp up in Iranian production and exports is unlikely to stall the drawdown in global oil stocks".

Goldman Sachs analysts struck an upbeat note, predicting that even with a potential restart of Iran exports, the likelihood of higher oil prices remained intact, buoyed by a growing global demand for crude amid the steady COVID-19 vaccination pace.

Goldman #Sachs expects that #oil prices will rise to $80 a barrel during 2021 last quarter, even if #Iran's supplies return#oott #XGlobalMarkets

"Even aggressively assuming a restart in July, we estimate that Brent prices would still reach $80 per barrel in fourth quarter, 2021, with our new base case for an October restart still supporting our $80 per barrel forecast for this summer," the bank was cited as saying in a note.

Furthermore, increased international travel as lockdown restrictions are gradually lifted, according to Goldman Sachs, is also likely to initiate a demand rise, which in turn will keep oil prices from toppling.

Since March, volatility of oil prices has been driven by a plethora of concerns, such as the pace and efficacy of coronavirus vaccination rollout, new COVID-19 waves hitting emerging markets (EMs), and the prospect of returning barrels of Iranian oil. Accordingly, Brent prices were pushed down from $70 to $65 a barrel last week.