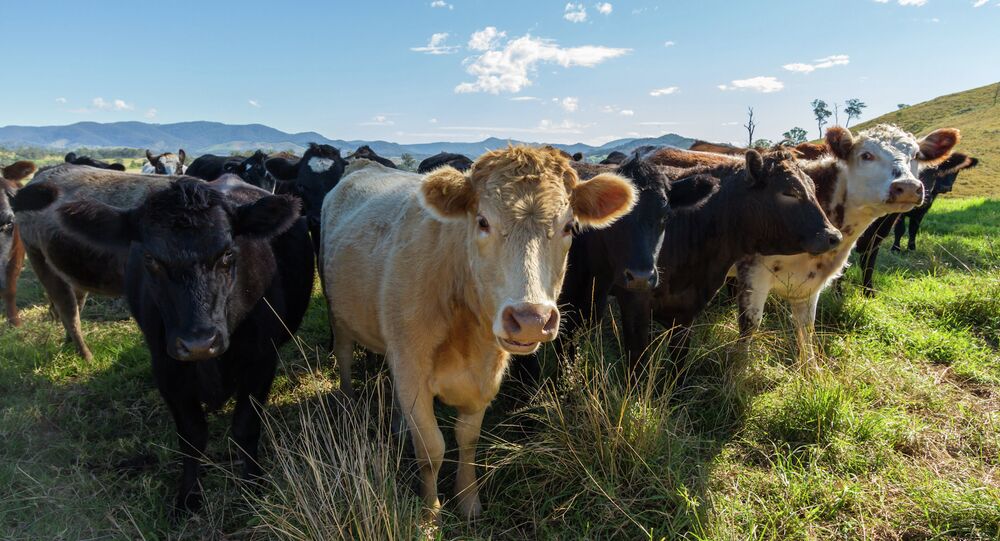 SNP's Westminster leader Ian Blackford has been recently saying that a UK-Australia post-Brexit trade deal would push Scottish farmers out of business.

Former Australian foreign minister Alexander Downer has slammed recent alarmist comments on the UK’s post-Brexit deal with Australia made by Ian Blackford, the Leader of the Scottish National Party in the UK House of Commons, calling them "childish".

Last week Blackford said the UK deal with Australia would "end a way of life" for farmers and crofters in Scotland and the UK.

“Just for once Prime Minister, give me a straight answer to these farming and crofting families, can the Prime Minister categorically rule out that his government is prepared to sign up to a trade deal that will at any future point guarantee tariff-free access to Australian lamb and beef? Yes or No?” Blackford said during Prime Minister's Questions.

Alexander Downer, who was also High Commissioner to the United Kingdom to 2018, has rebuked the comments.

“Well, I’m sorry to say I think, to put it bluntly… it’s just childish! It’s childish because first of all Australia has no intention of flooding the British market. We have substantial markets in Asia and that is where the focus will be,” Downer said.

The politician added that the only access Australia would have to the UK market is “at the very high-end”, since delivering large quantities of beef and mutton from Australia to the UK is prohibitively expensive.

"A high-end, by the way, which is substantially served by the EU exports into the UK," he added.

After leaving the EU on 31 January 2020, the UK embarked on trade negotiations with the US, Japan, Australia, other countries, in an attempt to compensate for its departure from the European bloc.

The UK has already managed to strike post-Brexit trade deals with Japan, Canada, Vietnam, Singapore, among other countries. It has also formally applied to join the Comprehensive and Progressive Trans-Pacific Partnership. The plans for a trade deal with Australia have recently drawn criticism, however, since the prospect of a zero-tariff and zero-quota trade accord alarmed British farmers and some MPs, including Conservatives.