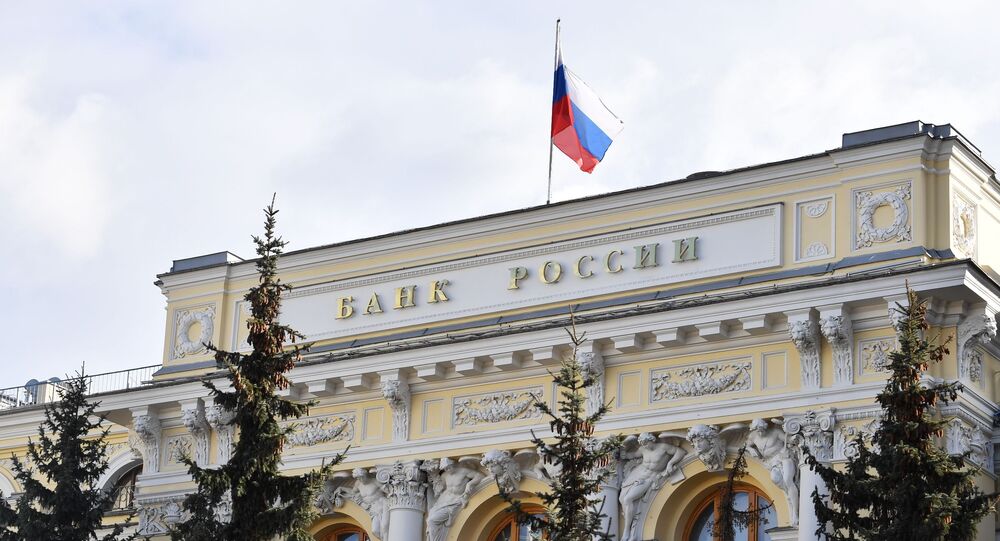 MOSCOW (Sputnik) - The Bank of Russia does not see the risks of disconnecting the country from interbank payment system SWIFT, but if such a scenario is implemented, it will be possible to transfer internal Russian traffic to the Financial Messaging System of the Bank of Russia (SPFS), the bank's first deputy governor, Olga Skorobogatova, said.

"We do not see any risks at the moment. But we have SPFS, it works, and all domestic Russian traffic, even if something happens, can be safely transferred to our system," she said.

Skorobogatova added that the central bank had direct contact with the headquarters and Moscow office of SWIFT, they confirmed that "everything will work normally, without any problems."

© Photo : https://twitter.com/swiftcommunity/
Russia Has Basis for Analogue of SWIFT, FM Lavrov Says
SWIFT is used by over 11,000 banks and other financial organisations across some 200 countries, and is seen as a vital component of current world order of globalised borderless banking. Russia has long been one of its top five users, with the system a popular tool used by Russian businessmen stashing wealth abroad.

In 2014, Moscow started developing and alternative to SWIFT known as SPFS. By 2019, several hundred institutions had connected to the system, with the Russian Central Bank announcing that eight foreign banks had joined or were in the process of joining by that time.