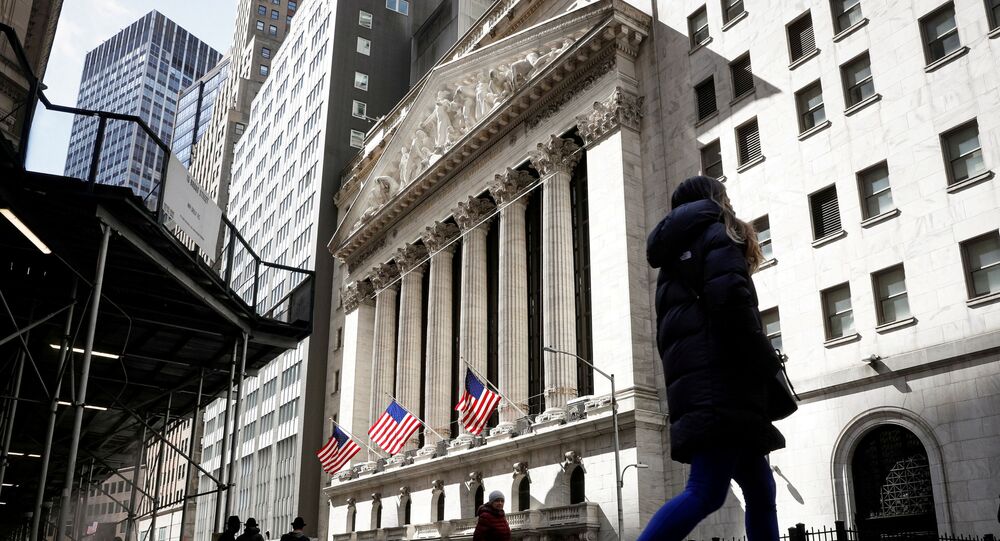 NEW YORK (Sputnik) - Wall Street on Wednesday took its hardest hit since the start of the year as fears of runaway inflation from led to widespread losses for stocks despite the Federal Reserve’s insistence that rising costs will be temporary.

The Dow Jones Industrial Average, the broadest US equity barometer, posted its largest daily drop since January 29, losing 682 points, or 2 percent, to close at 33,588.

Nasdaq, which groups high-flying tech stocks such as Facebook, Amazon, Apple, Microsoft, Netflix and Google, had been tumbling since the week began, losing a combined 5.2 percent over the past three days, its most for such a period since mid-March 2020.

The meltdown on Wall Street came after the Labor Department reported that the US Consumer Price Index grew by 4.2 percent over a one-year period in April for its largest increase in almost 13 years, confirming a huge tick up in inflation after months of commodity price increases in an economy rapidly recovering from the coronavirus pandemic.

The inflation spike amplified worries that the Federal Reserve might raise interest rates by the end of next year, instead of 2023 as was expected earlier. The US central bank has held rates at between zero and 0.25 percent since March 2020 after the outbreak of the coronavirus, juicing stock prices throughout the pandemic with stimulus and easy money.

Federal Reserve Vice Chairman Richard Clarida denied in a speech after the release of the CPI data that there will be an imminent hike in rates, saying the central bank will not go in that direction unless US employment grew apace with inflation.

US Stock Market Slumps With Nasdaq Tech Index Down by 2.5%