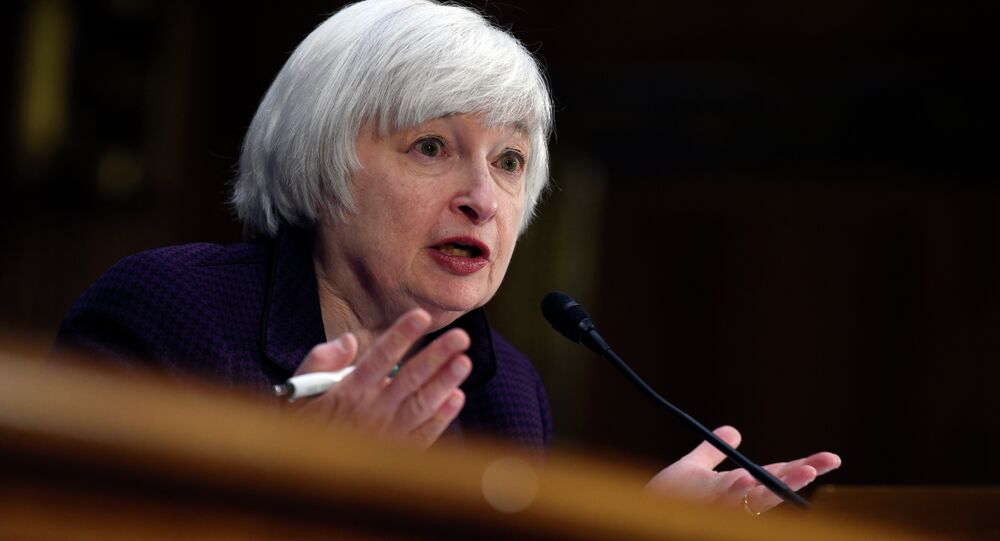 As vaccination rates steadily increase in several parts of the globe, economists have made increasingly optimistic economic growth predictions, with the latest saying the US economy could grow 7.6% in 2021, the steepest pace it’s seen since 1951, and similar predictions being made for China.

Treasury Secretary Janet Yellen was forced to walk back comments on Tuesday about the potential for interest rates to rise later this year after the stock market reacted poorly to the news.

Speaking at an event hosted by the Atlantic that morning, Yellen said that as COVID-19-related social restrictions are steadily relaxed later this year, "it may be that interest rates will have to rise somewhat to make sure that our economy doesn't overheat, even though the additional spending is relatively small relative to the size of the economy.”

"It could cause some very modest increases in interest rates to get that reallocation, but these are investments our economy needs to be competitive and to be productive [and] I think that our economy will grow faster because of them,” she added.

It’s not just the return of more regular commerce patterns that could set the economy steaming again: the Biden administration has also spelled out huge plans for some $4 trillion in economic spending, including huge infrastructure projects and social programs designed to mitigate or temporarily alleviate the rising poverty created or exacerbated by pandemic-related lockdowns.

Yellen said she expected the programs to make a “big difference” in inequality in the country.

Although the first two months of 2021 were among the most grim of the pandemic, with more than 150,000 people dying of COVID-19 in just a couple of weeks, the economy quickly began to recover, and gross domestic product had jumped by 6.4% by the end of the first quarter. Yields on long-term Treasury bonds have also risen, as has the consumer price index.

All of these point to likely inflation on the horizon, which is when the value of currency decreases and is able to buy fewer goods for the same amount than before. The markets thus took Yellen’s comments seriously, and tech stocks suffered their worst day since March as the Nasdaq Composite declined by 1.9% and Apple stocks fell by 4%. Stocks for tech firms were well-buttressed by the pandemic, as millions of people shifted to remote working, consuming, and communicating from home to avoid unnecessary spread of the virus.

That’s why, later on Tuesday, the Treasury chief told the Wall Street Journal’s CEO Council Summit: “I don’t think there’s going to be an inflationary problem, but if there is, the Fed can be counted on to address it.”

Under former US President Donald Trump, the Federal Reserve faced heavy pressure to keep interest rates low as the real estate mogul-turned federal executive made stock market performance one of his central measures of success. Yellen, who chaired the central bank prior to Trump’s inauguration in 2017, told the WSJ that “if anybody appreciates the independence of the Fed, I think that person is me. It’s not something I’m going to give opinions about.”