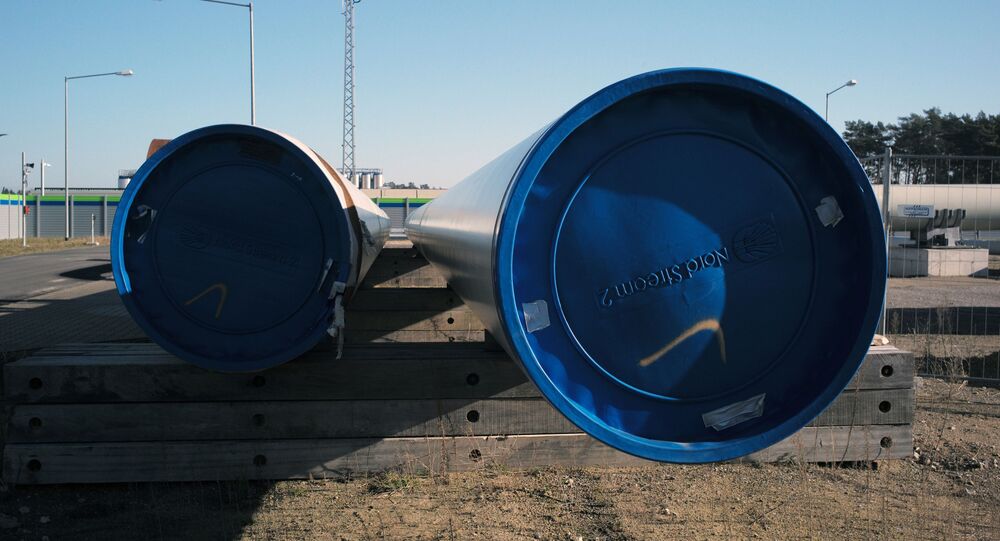 The same group made several previous attempts to stop the Russian-Western European energy project. In February, a report issued by the group prompted the Bundestag to summon Germany’s vice chancellor over allegations that he offered to commit a billion euros to the construction of LNG infrastructure if Washington dropped its sanctions.

Environmental Action Germany (German acronym ‘DUH’), a local environment watchdog, filed a lawsuit with the administrative court of Hamburg on Tuesday challenging the validity of a federal regulator’s permit allowing for the construction of the Nord Stream 2 gas pipeline through German waters.

The court confirmed to Sputnik that it had received the lawsuit, but could not provide any details about it, including the possible timeframe involved.

The case is the latest attempt by the DUH to challenge the German Federal Maritime and Hydrographic Agency’s approval of construction work in German waters, with the current permit allowing for work to continue until the end of May. Last week, the regulator rejected the watchdog’s request to annul the permit.

In a statement, DUH indicated that the case wants the permit revoked due to the perceived impact of construction on the nesting season for local birds.

The group has been campaigning against Nord Stream 2 for years. Last year, the NGO filed a lawsuit with a court in Greifswald to try to stop the pipeline over the project’s potential greenhouse gas emissions. The case was dismissed.

In February, the Bundestag summoned Vice Chancellor and Finance Minister Olaf Scholz to answer questions about Russia and Nord Stream 2 on the basis of a DUH report accusing the minister of offering to make a one billion euro investment in LNG infrastructure in Germany for the US if Washington dropped its sanctions against the energy project. Foreign Minister Heiko Maas blasted the German Green Party for the dramatic summons, calling it a “hypocritical spectacle.” The government denied the validity of the report.

Despite DUH’s allegations about Nord Stream 2’s possible threats to the environment, Berlin actually considers the pipeline project to be an environmentally friendly alternative to other sources of energy, including nuclear and coal power. Once completed, the network will be able to pump as much as 55 billion cubic meters of natural gas from Russia to northeastern Germany, doubling the capacity of the existing Nord Stream network.

© Photo : Nord Stream 2 / Paul Langrock
US Won't Let Nord Stream 2 Get Into the Way of Its Relationship with Germany, Defence Secretary Says
German media have also reported that in addition to natural gas, Russia could pump clean hydrogen through the system.

In January, former German chancellor Gerhard Schroeder told local media that along with being cheaper than American gas, Russian gas is also more environmentally friendly, as it is not derived by fracking. Schroeder stressed that once completed, Nord Stream 2 would “serve to ensure the energy security of future generations” of Germans.

Nord Stream 2 is over 95 percent complete, with the $10.5 billion, 1,230 km pipeline running from Vyborg, Russia to Greifswald, Germany along the bottom of the Baltic Sea. Along with Russia’s Gazprom and German energy firms Uniper and Wintershall, Austria’s OMV, France’s Engie and the Anglo-Dutch oil concern Shell are partners in the project.

The US and its allies have used a variety of measures to try to torpedo the project, slapping it with two separate rounds of sanctions in late 2019 and early 2021, introducing individual restrictions against entities involved in construction, and pressuring nations whose waters the pipeline network goes through. This pressure has prompted some builders, insurers, engineering firms and certifiers to pull out, but has failed to stop construction, which is expected to wrap up later this year.