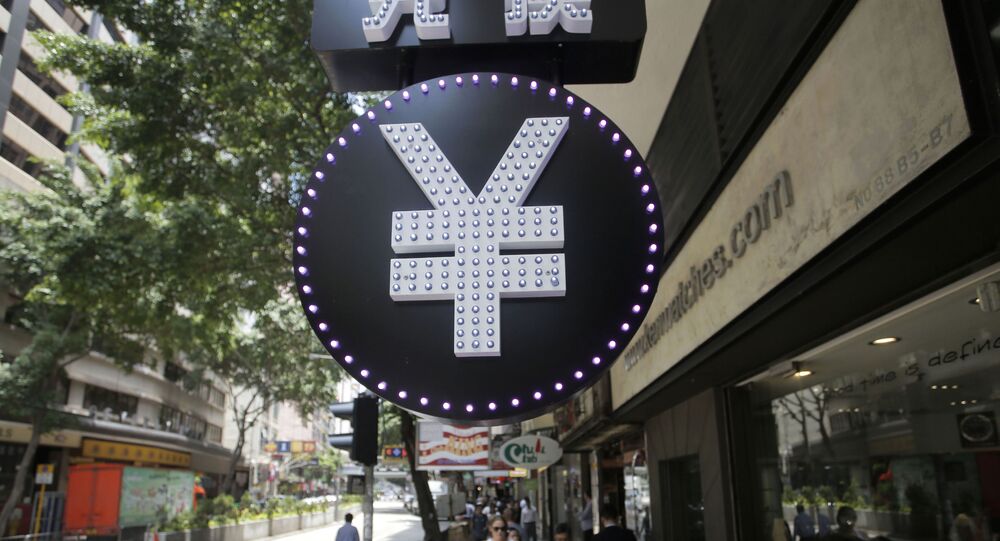 Officials from a range of US agencies including the Treasury, State Department, Department of Defence, and National Security Council are closely studying the rollout of the e-yuan amid concerns that the central bank-backed digital currency could play a role in part of a larger bid to dethrone the dollar as the de facto world reserve currency, Bloomberg reports, citing people said to be familiar with the situation.

The outlet’s sources did not specify which agencies are the most concerned, with all of them said to be “bolstering their efforts to understand the potential implications” of the e-yuan’s arrival.

The officials also indicated that although they do not see the digital yuan as an imminent threat to the dollar’s hegemonic status, its potential to evade US sanctions is a more immediate concern, even though China has given the US side assurances that the payment tool would not be used to evade restrictions.

The sources claimed that there were no plans at present to try to suffocate the e-yuan, with talks instead focusing on plans to roll out a digital dollar competitor. It’s unclear what, apart from the dollar’s existing reserve status, plus the power of the US military, the new American digital currency would be based on.

Earlier this year, Federal Reserve Chairman Jerome Powell confirmed to lawmakers that the Fed was looking at the idea of creating a digital dollar “very carefully,” and that the US priority was to “get it right,” rather than be the first major power to introduce a central bank-tied digital currency.

© CC0
Chinese Central Bank Rolls Out Digital Yuan in a First for a Major Economy
China has been gradually rolling out its digital currency after spending many months trialing the e-yuan across multiple regions, cities and sectors, such as food delivery and ride share apps in Shenzhen. The currency is expected to see a widespread rollout in time for the 2022 Winter Olympics in Beijing.

The People’s Bank of China is believed to see the digital yuan as a means to replace cash and coins, complement and interact with existing electronic payments systems, fight currency crime, and disincentivize the use of cryptocurrencies which can’t be tracked or controlled by the state or powerful corporations. The central bank has given away the equivalent of millions of dollars’ worth of digital yuan in trials. The bank’s Digital Currency Research Institute subsidiary has also recently signed a partnership agreement with SWIFT – the global payments system, sparking speculation that the digital yuan could work within the existing global systems if or when it goes global.

The central bank has also signed agreements with the monetary authorities of Hong Kong, Thailand and the United Arab Emirates to explore a digital currency cross-border payment project, with the system already tested successfully in Hong Kong.

For now, the dollar appears to be secure in its position as the world’s de facto reserve currency, with the greenback accounting for well over half of global foreign exchange reserves (compared to roughly 2 percent for the yuan), and the Gulf oil exporters continuing to ensure its stability by using the currency as their preferred payment method. However, some analysts have expressed fears that the US’s gargantuan federal debt, which recently surpassed $28 trillion, combined with systemic economic factors and some countries’ deliberate efforts to find alternative forms of payment, may one day end or at least weaken the dollar’s status.