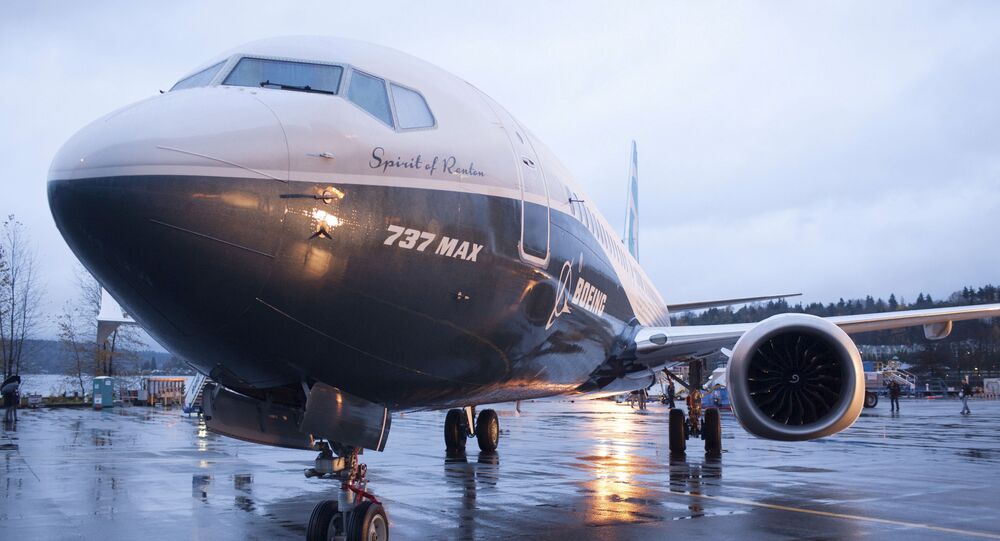 Last week, Boeing announced that Southwest Airlines and Alaska Airlines inked deals for dozens of new 737 MAX jets. Though airlines appear to be regaining confidence in the once-grounded 737 MAX, a new set of issues may complicate the aircraft's complete return to the skies.

Boeing announced in a Friday morning issuance that at least 16 airlines have been advised to pull their 737 MAX fleets from service and inspect them for possible electrical issues.

"The recommendation is being made to allow for verification that a sufficient ground path exists for a component of the electrical power system," the company stated, noting it was working in conjunction with the US Federal Aviation Administration (FAA) to deal with the issue.

Boeing did not specify how many aircraft will be affected, nor how long the inspections are expected to take.

The FAA later confirmed it would "ensure the issue is addressed."

.@Boeing recommends operators of some 737 MAX airplanes temporarily remove them from service to address a potential electrical issue. The FAA will ensure the issue is addressed. Passengers should contact airlines about possible flight delays and cancellations. pic.twitter.com/i6r1fcP5RR

Since the announcement, Texas-based Southwest Airlines, which only flies Boeing 737s, has moved to remove at least 30 of the jets from service. The company highlighted that it has not experienced any related "operational challenges" and foresees "minimal disruption" to operations following the grounding.

American Airlines has removed at least 17 jets from service following the announcement. The commercial airline was the first to restart Boeing 737 MAX flights in December 2020, after the plane was grounded for more than a year over the twin crashes of Lion Air Flight 610 and Ethiopian Airlines Flight 302.

The fatal crashes that together killed 346 people have ultimately been linked to the 737 MAX's Maneuvering Characteristics Augmentation System, which serves as a flight control system designed to enhance the jet's pitch stability so that it feels and flies like other 737s. The Senate Committee on Commerce, Science, and Transportation has argued "lapses in aviation safety oversight and failed leadership in the FAA" were also factors.

"My understanding is this is different than any of those other issues and obviously we need to make sure there’s full confidence before these specific aircraft return to the air and that’s what the FAA will be closely monitoring," US Secretary of Transportation Pete Buttigieg remarked on Friday.

However, the FAA has not ordered the grounding of all 737 MAX jets.

Steven Marks, an attorney representing families of victims aboard the fatal Ethiopian Airlines Flight 302, told the Associated Press that the recent announcement from Boeing proves "[w]e don't know what other issues exist."

"This grounding calls into question the safety of the Max and why Boeing’s claims of a ‘changed culture’ continue to ring hollow," he added.

Boeing to Pay $6.6Mln to US for Compliance Failures