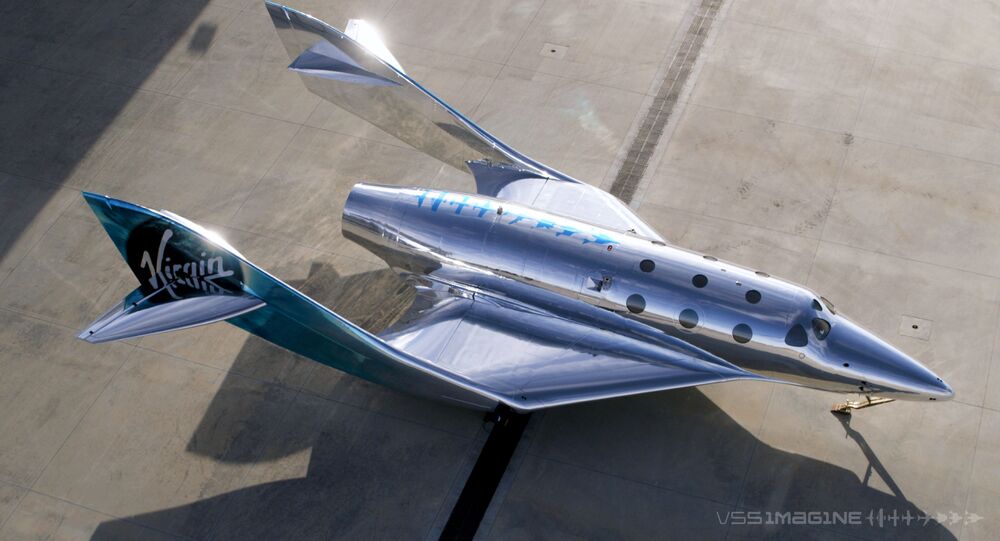 'That Was It?': Virgin Galactic's First 'SpaceShip III' Falls Flat With Public

Virgin Galactic Chief Executive Officer Michael Colglazier issued a statement last month promising investors the California-based spaceflight company would be focusing on "completing our test flight program" and "expanding our fleet of spaceships and motherships." At the same time, the Virgin Group subsidiary saw a net loss of $74 million for Q4.

In a Monday news release to its investors, Virgin Galactic announced that it would be expanding its "growing fleet" with the unveiling of its first SpaceShip III: the 'VSS Imagine.'

The VSS Imagine comes as the first vehicle from the third generation spaceships, and notably features a mirror-like body that "reflects the surrounding environment" and constantly changes "color and appearance as it travels from earth to sky to space," the release boasted, noting the material provides "thermal protection."

Virgin Galactic also highlighted the new SpaceShip III class of vehicles will have "improved performance in terms of maintenance access and flight rate." However, further technical details about the spaceship were not provided.

"VSS Imagine and Inspire are stunning ships that will take our future astronauts on an incredible voyage to space, and their names reflect the aspirational nature of human spaceflight."

Imagine, will take you there.

Though viewers were able to get a glimpse at the SpaceShip III, many netizens pointed out that the video lacked technical information in its narration.

Totally no technical aspect about how it works, are you making a film or joke? U may choose one of the answer

Oh sugar. Wonder how the stock gonna react with this sh*t updates

That was it? Really?

Virgin Group founder Richard Branson also issued a statement on the matter, asserting the VSS Imagine "is not just beautiful to look at, but represents Virgin Galactic’s growing fleet of spaceships."

"All great achievements, creations and changes start with an idea," he added. "Our hope is for all those who travel to space to return with fresh perspectives and new ideas that will bring positive change to our planet."

Virgin Galactic, which seeks to pioneer human spaceflight for researchers and private individuals, is slated to embark on a new test flight for the second-generation 'VSS Unity' in May.