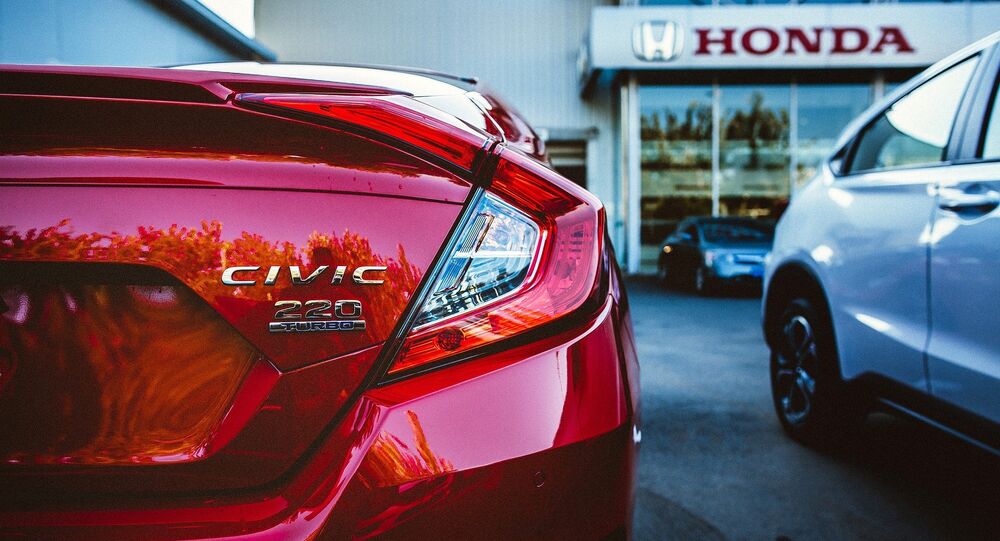 Numerous industries have been battling an ongoing chip shortage in global markets sparked by a contentious trade war between the world's largest economies and the COVID-19 pandemic.

Japanese carmaker Honda Motors will begin "suspending production" for a week at its plants in the United States and Canada over a shortage of components, the company announced on Tuesday as quoted by AFP.

© REUTERS / JONATHAN ERNST
Joe Biden Signs Order to Avoid US 'Chip Crisis' But What Caused the Global Semiconductor Shortage?
Honda was faced with “a number of supply chain issues related to the impact from COVID-19, congestion at various ports, the microchip shortage and severe winter weather over the past several weeks”, namely in Texas, a Honda spokesperson told AFP.

“In some way, all of our auto plants in the US and Canada will be impacted, with most of the plants temporarily suspending production during the week of March 22”, the spokesperson added.

But the shortage was "fluid" and the outlook of "production adjustments could change", the spokesperson said, adding that workers could still work at the affected plants despite the suspensions.

© AP Photo / Alexander F. Yuan, File
China's Baidu Raises $2bn With Investors for AI Chipmaker Kunlun Amid Global Semiconductor Shortage
The news comes amid a severe semiconductor shortage across global markets, with numerous automakers, consumer electronics firms, and others facing production difficulties due to a spike in consumer demand amid the ongoing COVID-19 pandemic and US trade war with China.

Both China and the United States have passed measures and invested billions to boost domestic production of semiconductors in a bid to reduce dependence on key foreign technologies in the ongoing trade row.