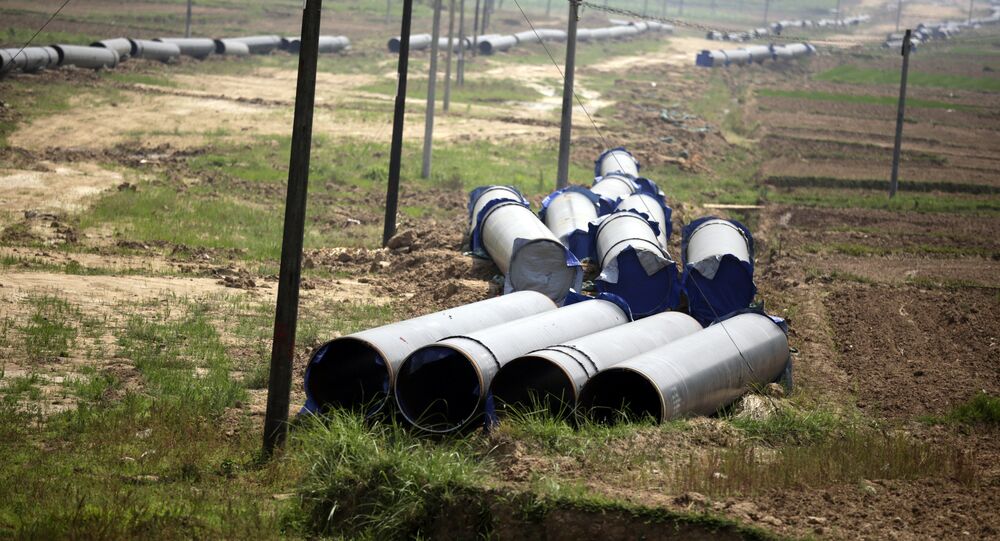 The Southeast Asian nation of Myanmar (formerly Burma) was thrust into a severe political crisis in February after the military ousted the government and declared a year-long state of emergency.

Tom Andrews, the former US congressman tapped to serve as special rapporteur on the human rights situation in Myanmar, has called for sanctions against the Myanma Oil and Gas Enterprise, the country's national oil and gas company.

Andrews called for sanctions to be placed against the energy giant, and against senior military officials, over the latter's alleged human rights violations, including the suspected killing of "at least 70 people" since the 1 February coup took place.

"Multilateral sanctions should be imposed on both senior junta leaders and their major sources of revenue including military-owned and controlled enterprises," the official said, speaking before the Human Rights Council in Geneva on Thursday.

"There's growing evidence that the Myanmar military, led by the same senior leadership, is now engaging in crimes against humanity, including the acts of murder, enforced disappearance, persecution, torture, and imprisonment in violation of fundamental rules of international law," Andrews added, suggesting these crimes were "widespread," "systematic," and "coordinated."

In his own remarks, Chan Aye, the permanent secretary of Myanmar's ministry of foreign affairs, insisted that "authorities have been exercising utmost restraint to deal with violent protests" which have overwhelmed the country.

Myanma Oil and Gas Enterprise earns upwards of several billion dollars per year from its energy  projects, with revenues in the natural gas sector alone expected to reach about $1 billion in 2021. Informed observers fear that the unrest could lead to a drop in earnings from energy exports, and delay or halt regional infrastructure projects, such as electrification initiatives.

Myanmar sells about 50 percent of its gas supplies to Thailand, with 20 percent going to China. The People's Republic invested over $2.5 billion into two separate oil and gas pipeline networks in the 2000s and 2010s, with a new rail link infrastructure project announced in January.

The European Union expressed its readiness to sanction suspected human rights violators in Myanmar on Thursday. The US has already issued several rounds of sanctions against military leaders and government entities.

Also on Thursday, Myanmar's military leadership accused deposed leader Aung San Suu Kyi of accepting bribes worth $600,000 in cash, as well as over 11 kg of gold, while in office, saying the information has been verified "several times" and that "the anti-corruption committee is continuing the investigation."

The coup has sparked large-scale protests across the country, with some of these protests met with deadly force.

The military has ruled Myanmar for much of its post-colonial history, controlling the country directly between 1962 and 2011. After power was transformed to a civilian government in 2011, authorities and the army clashed over a number of sensitive issues, including the 2017 Rohingya crisis, and the military's prerogatives under the 2008 constitution.

Last week, Reuters reported that the military had hired an Israeli-Canadian businessman and lobbyist to help them communicate their position to the United States and other countries, and to inform Washington that the coup took place in part to try to stop Myanmar from getting "closer to the Chinese."