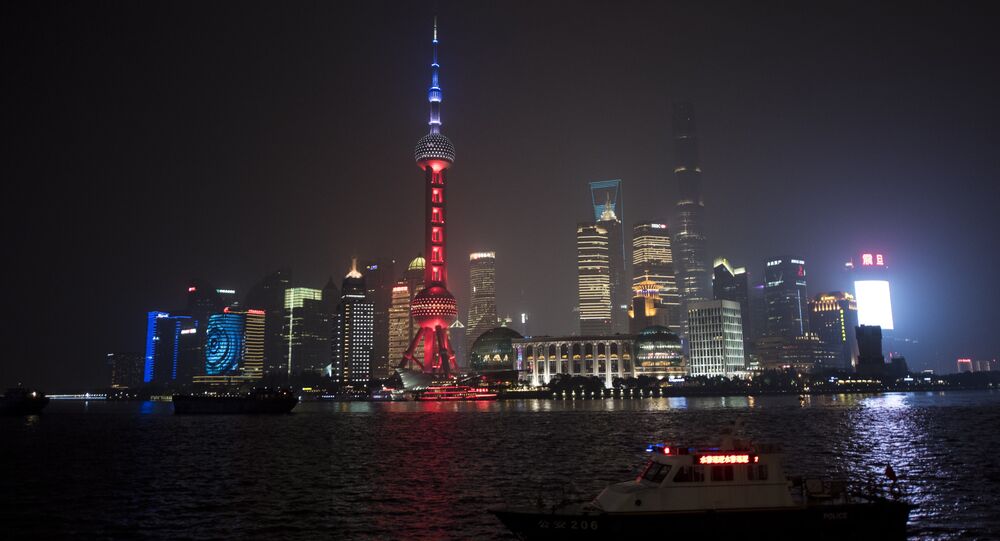 From 5G internet to artificial intelligence, China’s storming of the global technology markets in recent years has provoked a defensive response by the United States, which has heavily targeted Chinese firms with tariffs, sanctions and trade blacklists.

After a year of not setting specific growth targets, Beijing has planned for more than 6% economic growth in 2021, according to documents submitted at the National People’s Congress on Friday.

China’s national legislature has convened its annual session in Beijing, at which it sets the core spending priorities for the year and signs off on government plans in various fields. Premier Li Keqiang submitted budgetary documents for the NPC’s approval on Friday that included “above 6%” growth in gross national product and a 6.8% growth in the country’s defense budget this year - a goal the Global Times, a subsidiary of the Communist Party of China-owned paper People's Daily, described as "conservative."

At this time last year, China was gripped by the worst of the COVID-19 outbreak, which was declared a global pandemic just weeks later. As a result, the NPC was reluctant to set definitive economic goals for the year - the first time it has ever abstained from the practice.

"In setting this target, we have taken into account the recovery of economic activity. A target of over 6 percent will enable all of us to devote full energy to promoting reform, innovation, and high-quality development," Li told the NPC, which consists of some 2,900 representatives sent from across the country. Just short of 2,100 of them are from the Communist Party of China, while the other 800 come from roughly half a dozen other parties in a united front with the CPC, as well as several independent parties.

Last fall, the CPC Central Committee unveiled the structure of the country’s 14th Five-Year Plan, the socialist economic planning strategy that will underpin the economy from 2021 through 2025. The plan called for greater emphasis on “technological self-reliance” alongside a robust plan to continue both the country’s fight against climate change and its steady economic growth, which continued uninterrupted for four decades until the first quarter of 2020, when the COVID-19 outbreak heralded a national shutdown to combat the virus.

The five-year plan and the 2021 budget aim to maintain China’s status as number-one manufacturer worldwide in terms of output. According to the South China Morning Post, the eight priority areas identified in the budget are rare earth metals and specific materials; robotics; aircraft engines; new energy vehicles and smart cars; advanced medical equipment and medicines including several COVID-19 vaccines; agricultural machinery; equipment used in the shipbuilding, aviation and high-speed rail industries; and industrial uses for Beidou, the country’s satellite navigation system that launched the last of its 35-satellite constellation last June.

© REUTERS / Carlos Garcia Rawlins
Chinese Premier Li Keqiang speaks at the opening session of the National People's Congress (NPC) at the Great Hall of the People in Beijing, China March 5, 2021.

The goal of at least 6% is still well below what economic forecasters have predicted for the East Asian country. Having successfully kept COVID-19 under control since last spring, China’s economy has already rebounded substantially from its shutdown, setting export records as 2020 drew to a close and the country supplied much of the globe with the tools it needed to fight the disease and weather the social shutdowns. CNBC reported in December that estimates for China’s GDP growth in 2021 have ranged from a low of 7.8% to a high of 9%.

China’s state-owned enterprises (SOEs) played a critical role in that recovery, bouncing back much more quickly than private industry. In response, Hao Peng, chair of the State-owned Assets Supervision and Administration Commission (SASAC), urged late last year that the country’s central SOEs be formed into a “‘national team’ that can provide solid support for economic and social development.”

However, to further the recovery of the worst-hit parts of the private sector, the budget also calls for a 30% increase in bank loans to small businesses as part of a “targeted support” program. Meanwhile, Li said the government would act to stop monopolistic behavior by tech companies and strengthen its control over banks and financial institutions to ensure they “serve the real economy as they should do.”

On Thursday ahead of the Congress, China Development Bank announced a $62 billion loan plan to support “emerging technologies” and an Integrated Circuit Industry Investment Fund to support chipmakers targeted by US sanctions in recent months.