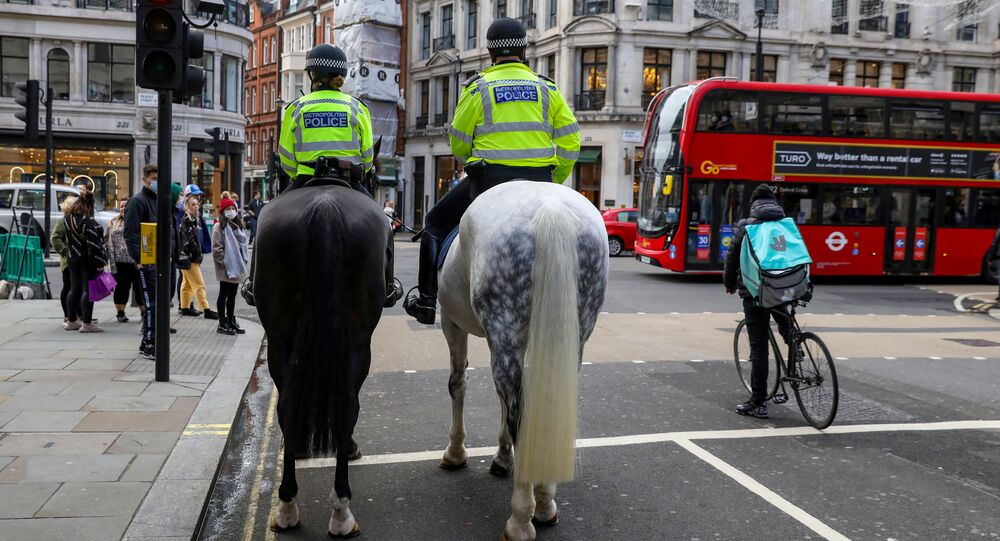 The news follows efforts from London to earn top firms post-Brexit as it competes with major finance hubs such as New York City, Frankfurt, Amsterdam and others, with the latter surpassing London as the largest capital for trading in Europe.

UK food delivery firm Deliveroo has chosen to list its initial public offering in London, the company announced on Thursday.

The Amazon-backed firm is set to go public later in 2021 following a surge in business amid the ongoing COVID-19 pandemic and national lockdown, sparking record use of online takeaway services.

“Deliveroo was born in London. This is where I founded the company and delivered our first order. London is a great place to live, work, do business and eat. That’s why I’m so proud and excited about a potential listing here,” Shu said in a statement.

UK Chancellor of the Exchequers Rishi Sunak said in a statement the UK was "one of the best places in the world to start, grow and list a business", adding the Government vowed to build on the reputation "now we've left the EU".

“That’s why we are looking at reforms to encourage even more high growth, dynamic businesses to list in the UK,” he added.

He added the the delivery company had created "thousands of jobs" and was a "true British tech success story".

“It is great news that the next stage of their growth will be on the public markets in the UK,” he concluded.

His comments come after Sunak revealed the Government's massive budget plans to tackle the ongoing COVID-19 pandemic and post-Brexit strategy.

London Mayor Sadiq Khan tweeted on Thursday that despite ongoing challenges, London was "still the best place in the world" to do business.

​"That @Deliveroo has chosen London for its IPO is a real show of confidence in our city’s economy and will support our long-term economic recovery," he added.

The news follows a Lord Hill review of Britain's listing scheme backed by the UK government, which approved the dual-class shares. According to media reports, Deliveroo will receive the structure for three years.

Pricing information and a listing date for the $7.5bn IPO has not been provided. Firms backing the IPO include Durable Capital Partners, T Rowe Price, Index Ventures, General Catalyst and others, according to media reports.

“This is an important boost for U.K. tech. With seven new unicorns created in 2020 alone, the U.K. now has a total of 80 scaleups valued at more than £1 billion," Stephen Kelly, chair of UK lobbying group Tech nation said in a statement.

© REUTERS / POOL
British Government To Publish Figures On Trade, Investment As London Strikes Out For New Trade Links
The number of tech unicorns were "more than twice" as in Germany and France, he said, adding: “We expect to see more of our home-grown success stories following suit in what is just the start of a golden age for U.K. tech.”

A further £2.9bn Restart Scheme would launch in the summer to support more than £1mn unemployed people, providing subsidised jobs for at-risk young people, with 120,000 jobs created to date.

The news follows a detailed report published in February on the nation's trade and investment ties, marking the first time the Government has released such figures in history, according to the Department for International Trade (DIT).

British Government To Publish Figures On Trade, Investment As London Strikes Out For New Trade Links