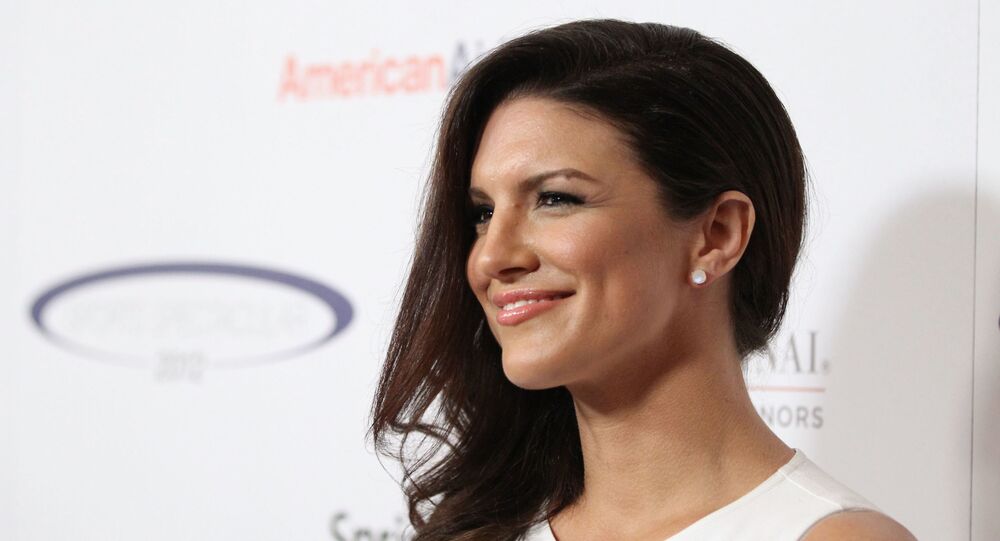 Actress Gina Carano, known for her role as Cara Dune in a Star Wars spin-off, has complained about having been constantly monitored on social networks, saying she had long expected to be fired over her conservative beliefs, which apparently ran counter to those of Disney’s executives.

Gina Carano, an ex-MMA fighter-turned-actress who was sacked from the iconic series The Mandalorian after comparing today’s politics in the US to the Nazi era, says she “has been through so much”, as her former bosses at Lucasfilm and Disney were monitoring her “like a hawk” before showing her the door.

“I had a problem because I wasn’t going along with the narrative”, the actress, who famously played Cara Dune for two seasons on the hit Star Wars franchise series, told Ben Shapiro of The Daily Wire in an interview set to air on Sunday. An excerpt of the sit-down was published by Deadline on Friday.

“I’ve seen so much now, clearly, of the bullying that’s been taking place, and I saw it before”, she added.

In the cited excerpt, she shared that she is not the only one that's “ever been bullied by this company [Lucasfilm]”, adding she knows this “so deeply”.

“I could share a story which would turn things around in the media but I can’t because it would sell out a friend…Everyone is afraid of losing their job”, she went on.

Carano was fired last week after provoking a storm on social media over an Instagram post mentioning the Nazis and the Holocaust era:

“Jews were beaten in the streets, not by Nazi soldiers but by their neighbours.... even by children”, she posted, continuing to say that due to “history being edited”, many don’t realise that to get “to the point where Nazi soldiers could easily round up thousands of Jews, the government first made their own neighbours hate them simply for being Jews”. Invoking the present-day political climate, the actress queried:

“How is that any different from hating someone for their political views?”

A spokesperson for Lucasfilm has since issued a statement charging that the production company no longer employs Carano, blasting her social media posts “denigrating people based on their cultural and religious identities” as “abhorrent and unacceptable”.

She deleted her initial post, but it had already been widely circulated online by the time, with the talent agency UTA also dropping Carano as a client in the wake of the incident, Variety reported. Also, the toy giant Hasbro has halted production of her Cara Dune action figure.

Yet, the firing, which Carano says she learnt about from Twitter and online campaign titles in particular, struck a nerve with many conservatives, who found fault with Disney’s and its subsidiary’s move, claiming that mainstream media companies are biased and stifle opinions different from liberal ones.

Some, meanwhile, pointed a finger at her co-star on the Mandalorian, Pedro Pascal, saying he once took to social networks to compare US’ ICE detention centres to Nazi concentration camps, implying the production company is biased.

Carano went on to share with Shapiro, whose website The Daily Wire supports Carano's new recently-announced project, that she felt she was being "head-hunted" by Disney and Lucasfilm.

"All the fans of Cara Dune were just outraged. They were like 'Why didn’t you add the character? Why did you have to take off the character? Is there something wrong? Is Gina getting fired?'"

‘Leave Her Alone’: Dana White Defends Gina Carano After Her Firing from ‘The Mandalorian’